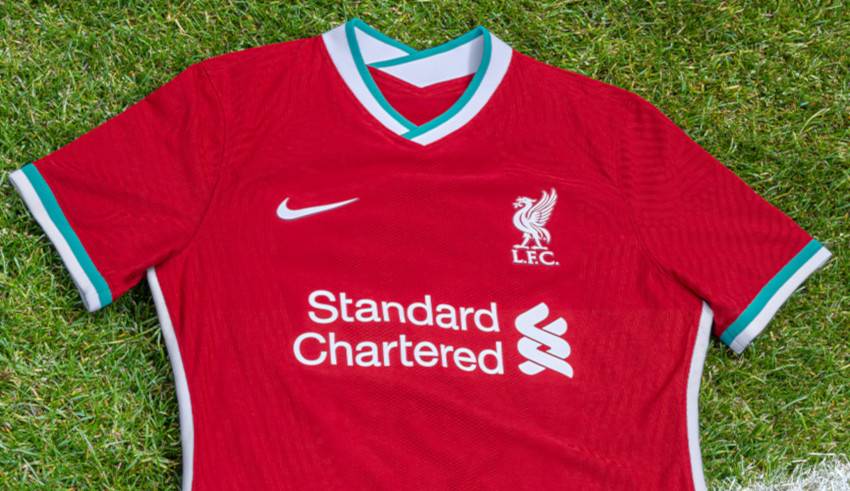 After a tumultuous past season, football is finally back, and fans are being welcomed back into stadiums across the nation.

It will not be long before Anfield opens its doors once more to season ticket holders and fans of all ages, allowing them to cheer on their team in person.

For many football fans, the past year has been a tough time in more ways than one and not being able to cheer on their team in person, surrounded by like-minded people, has made the toil harder. Luckily, this tough time is coming to an end, and it is now time to prepare for the welcome parade.

When you turn up at Anfield, what kit are you going to be wearing?

Liverpool FC has had some of the most iconic kits over the years, and fans now have the option to represent their favorite decade with genuine vintage kits.

Liverpool is one of the most famous trophy-heavy clubs in the world.

Fans will not need reminding that this club is a six-time Europe champion and 19-time champion of the English league. There is so much to celebrate when looking back into Liverpool FC, and it is these good times that fans can use to reignite their passion for the game ahead of this new season.

With the future so uncertain, it is no wonder that Liverpool fans have been looking into their victories of the past and reminiscing about the good old days together.

One of the best ways to get fans talking is to bring up any retro Liverpool shirt.

The kits are just as important as the trophies when we take time to look into the history of Liverpool. One flash of a retro shirt with the classic Carlsberg sponsorship can have fans of all ages feeling nostalgic.

While it is certain that Liverpool will continue to surprise and please their fans in the years to come, for many, there is no greater time in the club’s history than the decades gone by.

What Is The Best Liverpool Vintage?

Every fan will have unique memories of the club, and each will have their fondest times based on their first game, the greatest goal, or their favorite player.

But no matter how old you are or what you have seen of Liverpool, no one can deny that the best years for Liverpool kits and trophies were between 1992 and 2010. This 18-year stretch saw some of the best times for the club and even better football shirts and kits.

While some of the shirts, such as the 2004/2005 Champions League winning kit by Reebok, were not anything too special for the club compared to other kits in history, those around at the time will remember the scarce shelves as fans rushed to buy them following that night in Istanbul.

Before this, all shirts that were worn by Liverpool players, and therefore fans, were Adidas. Also check Best Baseball Turf Shoes.

The classic Carlsberg sponsorship lasted years, and for some of the older fans in the crowd, it was hard to believe a Liverpool shirt would never bear the larger’s logo.

Some of the best players in history have made these retro Liverpool shirts as iconic as they are today, and the club has had no shortage of world-class players. Robbie Fowler, Ian Rush, and John Barnes are just some of the iconic names fans expect to see on the back of these retro kits.

Liverpool: Home And Away

When looking into the fantastic history of Liverpool FC, we need to look further than the games played at Anfield over the years.

There have also been some brilliant and now iconic away kits that were worn by the club during international leagues and national championships. Younger fans may remember the collaboration between Liverpool and New Balance for the away kits in 2014/2015, but the older ones in the crowd will remember the original success of this kit.

Inspired by the now iconic jerseys the club wore during the late nineties period of 1995/1996, a whole new generation of Liverpool fans was introduced to the beauty of this Liverpool kit.

There is no shortage of beautiful and iconic retro football kits when looking through the history of Liverpool FC.  Fans young and old can appreciate the club’s colors, style, and sponsorships over the years.

At any match, you will find Liverpool fans wearing an array of the club’s kits, with many fans turning to vintage football shirts and retro football kits as a way to show their support for the team.

While some clubs re-release old kits or redesign classic football shirts for the newer generation, nothing can beat a genuine vintage shirt from your favorite decade of Liverpool FC.

Where To Buy Retro Football Shirts?

Not all clubs are going to re-release their vintage kits, and if they do, there is no guarantee that your favorite will be included.

When supporting such a world-famous club like Liverpool, there are so many shirts to choose from. There is no need to follow the crowd and wear the same minute collection offered in the club shop. Instead, you can have your pick of genuine retro Liverpool shirts from a vast catalog online.

There are genuine vintage kits for all clubs available, ensuring you can find the perfect fit for your next match.

Show your support for Liverpool and the lifelong dedication you have for it with a vintage Liverpool shirt etched with iconic player’s names and numbers. Get the conversation started with other football fans by showing up at the next match day wearing an iconic kit from past championships.

Whether you were around to see the retro Liverpool shirts in action or not, all fans can appreciate a quality kit when they see one. Shopping through a reputable vendor is the only way to make sure that you are buying genuine vintage pieces from the club.

Relive the glory days with vintage football kits in this new season of the beautiful game.