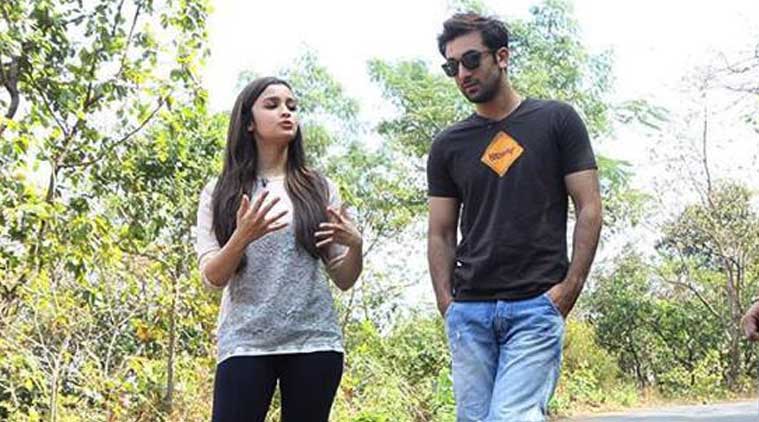 Alia, who reportedly got injured in on the sets , posted a lovely picture with her co-star Ranbir kapoor and director Ayan Mukerji. “And it’s just the beginning,” she captioned her post while Dharma Productions, owned by Karan Johar (Brahmastra producer), shared the same picture of them on Instagram and revealed that the first schedule of the film is over. “It’s a wrap on the first schedule for Brahmastra & the journey has only just begun,” read the post. The Bulgaria shoot for team Brahmastra started over a month ago.Also, Alia on Friday shared another photo on her Instagram story where she was seen with her team members. The photo where Alia was seen smiling at the camera, came as a relief to her many fans who have been worried about her hurting her shoulder on the sets of Brahmastra. A few days back, while filming an action sequence, the 25-year-old actor injured her shoulder and was advised minimal movement of the arm.

Mouni Roy, who made a name for herself in the world of television, will soon make her big-screen debut in the upcoming Ranbir Kapoor-Alia Bhatt starrer ‘Brahmastra movie’. On her co-actress’ birthday, Mouni took to Instagram to share a winsome birthday wish along with pictures from the Bulgarian sets.She captioned the image as,”Happy happiest to the girl who glows all the time @aliaabhatt. Wishing you beautiful beaches, ocean breezes and wishes upon stars… may your 25th year take you to greater heights and get you everything you love and more. Wishing you all the birthday brights. See you on set in sometime.Neetu Kapoor (Ranbir’s mother) also dropped by the Brahmastra sets to join Alia’s birthday festivities. Alia shared a picture with director Ayan Mukerji and wrote, “Director by day, party planner by night… best friend for life.”

brahmastra movie story:rumours that the film would be a remake of Hollywood’s hit superhero movie Deadpool, the official title, which is a Sanskrit term, suggests the story will be much more rooted in nature.Brahmastra is a weapon of Hindu God Brahma, who is called the creator of universe, and hence it is considered quite powerful. Talking about the title, Ayan, on Thursday night, said that it refers to the “ancient wisdom, energies and power” in the film. brahmastra movie cast and screw:Alia bhatt,Mouni roy Ranbir kapoor,Amitabh bachan brahmastra movie release date:2019    ]]>

Is Deodorant Harmful for Your Health

You put on your clothes, cleaning your teeth, and left the house for the day. But, to your…