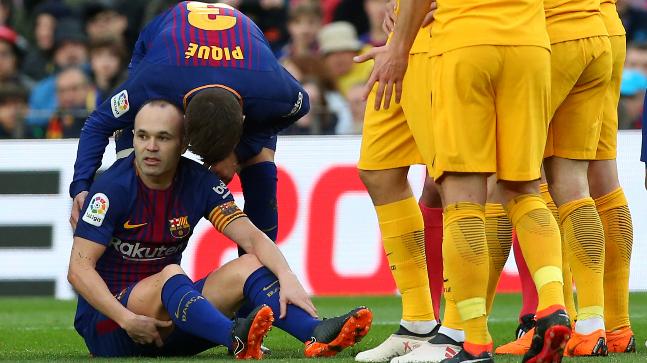 Champions League : barcelona captain Andres Iniesta injury worries Barcelona ahead of Chelsea clash in Champions League Barcelona`s Champions League tie against Chelsea is poised on a knife edge but the Catalans will have to cope   without their veteran midfielder and inspirational captain Andres Iniesta in Wednesday’s Champions League second leg versus Chelsea at Camp Nou. Iniesta suffered a hamstring injury during Barca’s 1-0 victory over Atletico Madrid on Sunday and barring any miracle, he is likely to miss the clash against the current Premier League champions. Barcelona drew 1-1 at Stamford Bridge and are the favourties to go through to the next round on March 14 but an injury to Iniesta will not be a welcome news for the Catalans.Barring what the Spanish media have called a “miracle recovery”, the hamstring injury Iniesta suffered on Sunday in Barcelona`s 1-0 La Liga win over Atletico Madrid will keep him out of the last 16 second leg on March 14. The Barcelona skipper scored a dramatic 93rd minute goal at Stamford Bridge in 2009 against Chelsea in the semi-finals to send his side through on away goals. Pep Guardiola`s men went on to beat Manchester United 2-0 in the final, becoming the first Spanish side to complete a treble, having won La Liga and the King`s Cup. However, it was Iniesta`s stoppage-time goal in London that stood out as many fans` highlight of the campaign. The captain also helped salvage a 1-1 draw for Barcelona in last month`s first leg, when he teed up Lionel Messi to equalise, in one of the few chances Ernesto Valverde`s side mustered. Although the odds are against Antonio Conte’s stuttering Chelsea in the second leg at Camp Nou, where Barcelona are unbeaten in all three major competitions this season, Iniesta’s absence is a setback for the hosts. In La Liga, Barcelona’s record signing Philippe Coutinho can fill in for the 33-year-old playmaker but the Brazilian is cup-tied in the Champions League after joining from Liverpool in January. That leaves Valverde with a tough decision to make, over which of Paulinho, Andre Gomes, Denis Suarez or Ousmane Dembele steps in for Iniesta. None of the options have convinced. Paulinho started the season well but since Christmas has looked jaded and was widely criticised for a poor performance in the first leg. Gomes came on as a substitute for Iniesta during the win over Atletico but was whistled by some Barcelona fans during another disappointing display. Denis has the most similar style to the captain but has not played for Barca since their 1-0 King’s Cup defeat by Espanyol on Jan. 17, while Ousmane Dembele is a forward and his inclusion would see the formation change from 4-4-2 to 4-3-3. Even without Iniesta, Barcelona are favourites to progress, given Chelsea’s struggles to keep up with the top four in the Premier League. But, Messi aside, the veteran is the most essential component in setting the team’s style and pace. Barcelona may need a new hero to step up.]]> 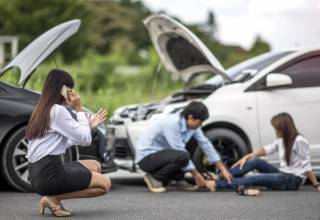 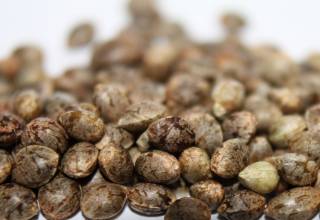