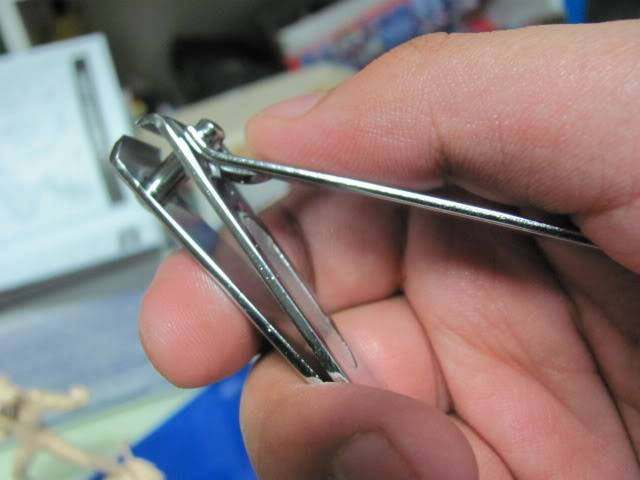 Cheap Alternative Building Tools for First Time Gundam Builder   Cheap Alternative Building Tools for First Time Gundam Builder:More people these days are drawn into the enticing and fulfilling world of gunpla kits. Friendly communities of like-minded individuals like those that spend time on pages like Hobbyist Hub Facebook are pretty much making a good case for the prevalence of this hobby. Understandably, there are still those who are apprehensive about hobbies like these. After all, there’s a stigma regarding toys that, well, it’s for children. However, it must be noted that gunpla kits have a price range that only people who make a living can afford to buy regularly. But then again, even those who already can afford to buy their kits will have a rocky time while starting out. Not just with buying their very first kit – but with finding the right tools to use as an alternative. Here are some amazing building tools that can be used in place of the standard tools used by hobbyists. Nail Clipper. A side cutter is typically the most ideal tool to use when removing parts from their respective runners. Using a side cutter is highly recommended because of its clean cut. The way that pressure is distributed ensures that the cutters cut effectively. If, of course, done properly. [caption id="attachment_4377" align="alignnone" width="607"]

Nail Clipper[/caption]   In the absence of a side cutter, perhaps a hardware store is a four-hour drive away – nail clippers can be used instead. Before scoffing at the idea, consider the fact that nail clippers themselves are no tools from the stone age. Keep in mind that nail clippers deal with precision or else cutting nails would be a nightmare. On that note, it’s definitely a worthy tool to be used in the meantime. The glaring downside, and the reason why it’s always better to buy a side cutter nonetheless is that it’s not ergonomic. Tweezers. Nothing is spectacular about tweezers regardless of the brand. It works how it’s supposed to work. No fancy mechanisms that merit one expensive brand to be purchased over the household tweezers. So why buy a new one at all? Simple, because a gunpla building hobby requires a dedicated tweezer for stickers. [caption id="attachment_4378" align="alignnone" width="300"]

Tweezers[/caption] Sure, the regular tweezers that everyone in the household uses to pluck hair can work. But that’s totally unhygienic. In the meantime, though, any tweezer in the home will do for first time builders. Small Box Cutter.There’s no going around it; a hobby knife is an important tool in building a Gundam kit. However, considering that not everyone who receives a Gunpla kit for the very first time will have a hobby knife readily available, improvisation is sometimes necessary. In place of a hobby knife, a sharp, small cutter may suffice. The downside to using a box cutter is that the blade and the body holding it can be a bit wobbly at times. Even for expensive brands. [caption id="attachment_4379" align="alignnone" width="300"]

Small Box Cutter.[/caption] Nail File. It would seem that having a relative who takes good care of their nails is ideal for gunpla builders. Their beauty kit is a quasi-tool shed for first time builders. A nail file is another useful tool for removing nub marks that nail clippers may have left out. [caption id="attachment_4380" align="alignnone" width="300"]

Nail File[/caption] There will be times that even the sharpest and most ergonomic of side cutters will not be able to cleanly remove a part from the runners. This is where nail files can be put to good use. Just make sure to wash it before and after using. In the world of Gundam kits, it’s not all about following a guide printed on paper. At times, simple improvisations are necessary. It will, in fact, help later on when a hobbyist is prepared to subject their builds to weathering. Not for the faint of heart]]>