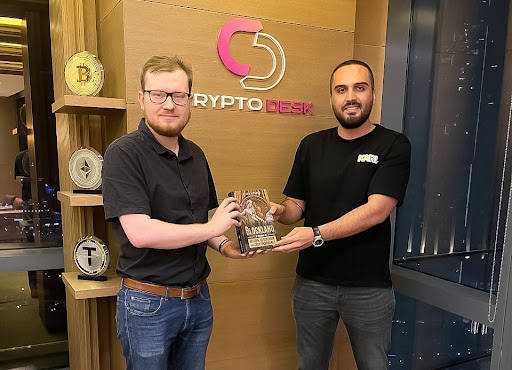 Because of anonymity and a lack of regulation or enforcement, there is widespread unethical  behavior in the crypto asset market. Rad distinguishes between what he refers to as soft scams and  hard scams after encountering a variety of frauds throughout his years in the business. The latter are  more direct and targeted, whereas the former are things like indirect and impersonal rug-pulls.

According to him, the majority of buyers view “shitcoins and memecoins as a joke or a game,” and only  a small number go through significant emotional distress after the game is over and values plummet.  But when a genuine investor wants to use some of their hard-earned money to purchase real estate  or engage in the cryptocurrency market, getting duped is far from funny.

In part because they are direct, preying on the mark’s trust rather than greed, and the money isn’t always an amount the victim can afford to lose, “The psychological effects of hard scams are much  more deteriorating.” Rad continues by outlining the typical con games. Rad is CEO of Crypto Desk

A fake cryptocurrency scam entails the con artist providing the purchaser a different, typically  worthless cryptocurrency who takes it for the genuine article. Sending Bitcoin Cash or Ethereum Classic  in place of Bitcoin or Ethereum could accomplish this. Frequently, it entails the production of a whole  new token that, when it enters the buyer’s MetaMask wallet, resembles the original token. Since  Ethereum is an open platform, anyone can create any token they wish, such as USDTx in place of USDT,  Rad emphasizes that this is simple to achieve. Check the smart contract to be certain; don’t rely; verify.

On the NFT marketplace OpenSea, where purchasers can submit bids in Ether or stablecoins USDC or Dai, each of which is worth $1, a variation of this has been observed. An inexperienced or worn-out  user can accept a bid of 79 Dai on their 80-ETH NFT and then learn too late that they are down by  $250,000 since the Dai symbol can be mistaken for that of Ether. While it may not technically be  considered a scam because there is no direct deception, individuals who make such proposals in ill faith  are unequivocally morally bankrupt.

When a dishonest buyer of cryptocurrencies pays money to the seller, receives bitcoin, and then proceeds to file a false complaint with their bank or payment provider, stating that they too were the victim of a scam, this is how a transfer recall scam operates.

“Some banks immediately return the money,” Rad says. “This is actually one of the most difficult types of scams to follow up on” because it’s unlikely that banks or the police have much knowledge  of cryptocurrencies.

“Let’s say this case goes to court — you will end up having to pay the government to hire a specialist  to make sure that you transferred cryptocurrency to that guy. It is very difficult unless you have  powerful lawyers and are willing to spend a lot of money,” Rad describes.

“Even professional people who get scammed once can sometimes  get distracted and lose focus, only to fall victim again.”

A wallet import fraud occurs when a cryptocurrency seller insists that the Bitcoin must be imported  yet claims they can’t transmit directly to the buyer’s wallet using a public address. “They import a  watch only address to your wallet,” Rad says, referring to an option that enables the wallet to reflect  an address that is not under its control.

The con artist typically needs to know which Bitcoin wallet the unknowing buyer is using in order to pull off this trick effectively. “You should never tell anyone what wallet you’re using. It’s none of  their business. If the cryptocurrency is sent correctly, it will be received correctly,” Rad warns,  comparing it to the fact that you can call someone regardless of whether they are using a Nokia or an  iPhone.

Naturally, he continues, you should never show your private keys or seed phrases to anyone or  give them your wallet for any reason.

In a third-party scam, a cybercriminal locates a buyer and a seller, poses as a broker, and presents an  alluring deal to both. The scammer will persuade both the buyer and seller to meet in person for  the exchange after establishing confidence and “playing mind games,” with the buyer maybe showing  up at the seller’s workplace with cash.

A broker or, more frequently at least, what looks to be a network of brokers will stand between  these parties. The broker will receive the buyer’s address but share his own wallet address with the  seller instead of forwarding the buyer’s. The coins will then arrive in the cybercriminal’s wallet as the  seller “transfers the coins to the address without thinking twice because the cash is immediately in  front of him,” according to Rad. Chaos will result if the BTC is late with a suitcase of cash on the table.