<![CDATA[ <h2>Corrie star Brooke Vincent suffers wardrobe malfunction as she gets caught on partner in first Dancing On Ice performance She looked stunning when she stormed the ice rink in a tiny scarlet leotard.The Coronation Street star was already nervous about her initial performance on the ITV reality series, as behind-the-scenes footage showed her asking: “Can I have a sick day?” 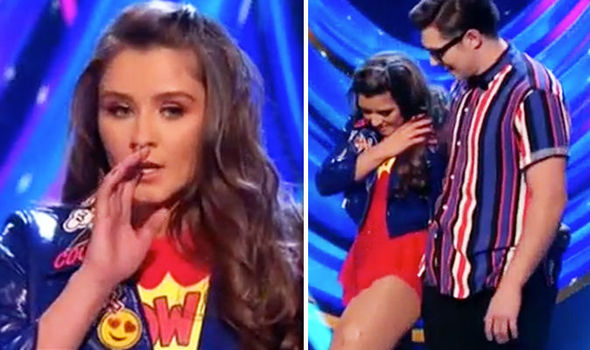 I seem to have gotten myself into a real sticky situation😩😂.buttons and fishnets DO NOT GO WELL TOGETHER-trust me,thank you to everyone for your kind words it helps especially when something out of my control happened.. we are ready to come back fighting so please vote for us💋

Showing the gaping hole in her fishnets the Audenshaw actress laughed off the blunder after skating to Carly Rae Jespsen’s pop hit I Really Like You on the ITV1 celeb skating contest. As the pair spun across the studio, Brooke’s skimpy dress was suddenly caught on the fraying of Matej’s stripy shirt. Rather than a blink-and-you’ll-miss-it moment however, as the music swelled, Brooke struggled to get herself free as she tried to focus on her steps at the same time. udge Christopher Dean praised: “There’s nothing you can do about it. You kept your composure, you ripped it off and carried on.” But fellow judge Ashley Banjo begged to differ and thought the mistake showed.]]>