David Warner issues tearful apology over ball tampering, admits he may never represent Australia again David Warner issued a tearful apology for his part in the ball-tampering scandal during the Newlands Test between South Africa and Australia last Saturday, but left a lot of questions unanswered as to his ‘actual role’ in the episode. David Warner, the former Australia vice-captain,returned home with his wife and kids just two days back after being handed a one-year ban by Cricket Australia (CA) for his involvement in the controversyWarner was one of three players banned for their involvement in the ball-tampering controversy on the third day of the test at Cape Town. Steve Smith, who also lost his captaincy, received a 12-month ban, as did Warner. Opening batsman Cameron Bancroft was suspended for nine months. He has also been barred from holding a leadership position ever again. Addressing the media for the first time since the incident,  david Warner repeatedly apologised but did not address questions about his involvement, the role of other teammates (in the scandal) or whether there’d been any previous attempts at ball-tampering. “You’re holding back on some of your answers,” said one of the journalists. It was then a lot of questions were shot at Warner as he finished the news conference hastily and was leaving the venue. Whose idea was it? Who took the sandpaper out there? Who else was involved? Why did he do it? Has he tampered before?” The questions were met with more tears and apologies but the ‘real’ answers never came. To all Australians, whether you’re a cricket fan or not, I apologize for the impact those actions have had on our country’s reputation. I’ve only ever wanted to bring glory to my country through playing cricket. “I failed in my responsibilities as vice captain of the Australian cricket team.” Warner was accused of developing the plan to use sandpaper to scuff the ball on the third day of the Cape Town test against South Africa. Cricket Australia investigators also alleged he advised Bancroft how to scuff the ball and failed to voluntarily report of his knowledge of the plan after the match. Warner cut short the news conference after being asked if he was being singled out as the instigator of the plan. He later posted three tweets to follow up the news conference, acknowledging there were unanswered questions “and lots of them” but saying he was bound by a formal Cricket Australia process.

3/3 I should have mentioned that in my press conference I’m sorry for not making it clearer. With so much at stake for my family and cricket I have to follow this process properly. I think that’s fair.

2/3 I am taking advice to make sure I properly comply with that process and answer all questions in the proper place and at the proper time.

1/3 I know there are unanswered questions and lots of them. I completely understand. In time i will do my best to answer them all. But there is a formal CA process to follow.

“I am taking advice to make sure I properly comply with that process and answer all the questions in the proper place and at the proper time,” he posted. “I should have mentioned that in my press conference I’m sorry for not making it clearer. With so much at stake for my family and cricket I have to follow this process properly. I think that’s fair The fallout from the crisis has seen Warner been dumped by sponsors ASICS and LG, while Cricket Australia has lost its top sponsor, Magellan. Along with Smith, Warner has also been barred from this year’s Indian Premier League (IPL). Read

Smith and Warner were supposed to captain their respective franchises Rajasthan Royals (RR) and Sunrisers Hyderabad (SRH) in IPL 2018 but had stepped down in the wake of the scandal and CA’s sanction paved the way for BCCI to ban the duo. ]]>

Sweat It Out: 6 Simple Ways to Stay Active

It comes as no surprise that exercise is an essential facet in the daily lives of people. …

When a problem occurs in the construction project, it has the capacity to cause … 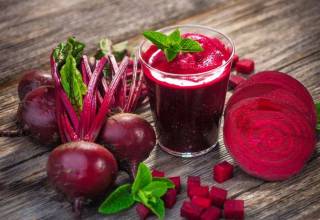