Home Uncategorized Don’t get a fugazi when you buy CBD

In the movie Donnie Brasco, Al Pacino’s character Lefty comes to Don the jeweler, played by Johnny Depp, with a diamond to sell, and Donnie immediately says to Lefty’s dismay, “You should give it to somebody that don’t know any better. Because that’s a fugazi, alright?” A fake.

Nobody wants to get stuck with a fugazi, especially when you’re expecting something useful. CBD oil may not be diamonds, but it’s certainly valuable. But unfortunately, there are a few people in the industry, who like the unfortunate slob who gave the phony diamond to Lefty to satisfy a debt, will try to pass off a fake as the real thing.

Most CBD manufacturers and retailers adhere to a high set of standards and ethical practices, and many entered into the business not just for monetary gain, but to bring a useful product with very real benefit to the public. But still, the popularity of CBD and the proliferation of startups have given rise to a few scoundrels. Fortunately, it’s not that hard to tell the difference.

Before the passage of the Farm Act of 2018, when CBD was legal only in a handful of states, the incidence of fake CBD was a lot more prevalent, giving truth to the notion that Prohibition doesn’t prevent people from enjoying what they want and need, it only encourages the proliferation of substandard products that harm instead of help. While fake CBD still exists, just as does counterfeit Prada handbags, bootleg whiskey that tastes like kerosene and even fake money, two things are lessening the incidence of phony CBD. These are first, the fact that at least some level of oversight and regulation is beginning to be put in place, and second, the legal status of CBD has given rise to more reputable and legitimate businesses manufacturing and distributing it.

Before the 2018 legalization, there were newsworthy incidents of phony CBD products poisoning people who needed emergency medical treatment. Prohibition-era CBD in that case was derived from a synthetic cannabinoid. Such things are rare today. This can be compared to alcohol Prohibition during the 1920s, where alcohol poisoning was common, substandard booze was more common and the lack of any production standards whatsoever led to at least a really bad martini, or at worst, death. Today, most manufacturers of CBD products are anticipating a deeper level of FDA regulations, standards and oversight, and have created their production facilities to anticipate these standards.

What to watch out for

There is a difference between an all-out fake and just a substandard product, but you should be cautious to avoid getting either one. The incredible popularity of CBD – which has only increased due to the stress of the current pandemic and global shutdown – has given rise to smaller, unknown and undercapitalized companies wanting to capitalize on what is one of the very few “gold rush” industries in today’s trying economic times. Most are legitimate companies, even if they are smaller and lesser known, but before making a purchase, it is important to follow a few simple rules:

Most importantly, look for a reputable retailer with an established following, good reviews and a good selection of products from multiple CBD manufacturers. During the global shutdown, online retailers provide a better opportunity to buy CBD online while minimizing contact.

The 3 Best Superfoods for Healthy and Vibrant Skin

Being the largest organ in the body, it’s quite ironic that most of us don’t exert much ef… 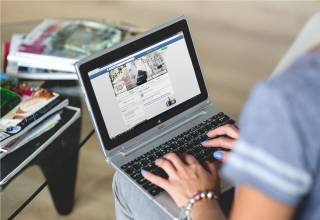 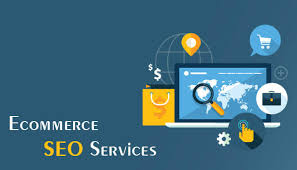 For the newbies, SEO stands for search engine optimization. SEO helps the website to …