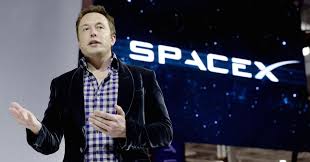 — Elon Musk (@elonmusk) February 7, 2018 Tesla hasn’t revealed much about the car’s trajectory. Data could allow astronomers to calculate where it might end up as it travels through the solar system, but for now it’s not clear where the pull of the various planets in our neighbourhood will take it. It’s unlikely that the car will ever collide with anything major, since it’s so small. But once it arrives in the asteroid belt, it might be joined by more things of its own side, and it’s possible it will be smashed up then. If that doesn’t happen, it’s not clear how long the car will last for, or how it will be destroyed. Mr Musk said that he expected the orbit could last a billion years — but it depends entirely on what sort of orbit it ends up in, and how it deals with the harsh environment of space.

View from SpaceX Launch Control. Apparently, there is a car in orbit around Earth. pic.twitter.com/QljN2VnL1O

Describing the launch as “probably the most exciting thing I have seen literally ever,” Musk has now proved Falcon Heavy’s credentials for putting objects into deep space. The only other blip for the mission was the rocket’s central booster which, unlike the two side boosters, failed to safely return to earth. elon musk spacex launch video ]]>