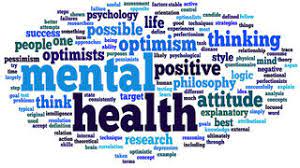 A physical show of strength has nothing to do with the inner turmoil lurking inside an athlete’s mind. Someone who’s physically fit and active can still deal with a mental illness even if it’s not apparent. And this could be because they have no choice but to hide it; after all, society has taught them that showing emotions is a sign of weakness.

However, because mental health is continuously being stigmatized in society, the people who can benefit from seeking professional help are not getting what they need due to the fear of being ostracized. But a person’s mental health is just as important as their physical health, if not more.

Just because an athlete is physically healthy doesn’t automatically mean that they’re mentally healthy too. A person diagnosed with depression can still perform well in front of other people, but only because they’re functioning on autopilot. So it’s essential to understand that mental illness looks different for every person.

To destigmatize mental illnesses, society needs to recognize that mental health is at par with physical health. If someone has the flu, their doctor will write them a prescription to combat the virus. Addressing mental illnesses should be as easy and convenient as seeking help for the common cold, but because it’s seen as a sign of weakness, most people would keep what they’re feeling to themselves.

However, this only worsens a person’s state of mind, especially if it’s already weakened in the first place. That’s why having a mental illness shouldn’t be perceived as a sign of weakness. If anything, it should be seen as a show of strength because it takes a lot of courage for someone to admit that they need help.

Much like how NFL players use football mouth guards to protect their teeth before heading onto the field, athletes should also be able to protect what’s left of their sanity from the crippling dark thoughts lurking in their minds. But to do that, they must have the opportunity to ask for professional help when they need it.

No One Is Immune to Mental Illnesses

Playing professional sports requires athletes to stick to strict diet regimens and training, so they are physically healthy. Plus, their bodies need to be toned and free of injuries, so they take extra care of their physical health at all times. But that doesn’t mean they’re immune to mental illnesses.

Contrary to what most people believe, being physically active doesn’t give athletes a free pass when it comes to developing mental illnesses. This is because they are just as susceptible to having poor mental health as other people. After all, they’re also faced with extreme pressures, exhaustion, and stress from constantly competing in games.

It doesn’t help that the fans of pro athletes often put them on pedestals because they don’t show any signs of weakness, which is why they appear to be immune to average people’s concerns. But athletes are only human too. They can suffer from the pressure of always having to win because it’s expected of them.

The spirits of athletes can also break when they experience a loss, even more so if they suffered from a debilitating injury that cost them their whole career. That’s why being an athlete won’t make anyone immune to developing mental illnesses, and it certainly doesn’t help that they’re being forced to keep up appearances for the sake of others.

The Importance of Breaking the Stigma

Constantly being in the limelight causes most professional athletes to experience high highs and low lows. When they win the game, they can feel like they’re on top of the world because nothing can bring them down. But when they lose, it can make them feel like their entire world is suddenly ending.

Only feeling the extremes of emotions can make anyone vulnerable to developing a mental illness, especially if they don’t have healthy coping mechanisms. It can urge them to chase the rush of endorphins that come with winning and dwell in the darkness that engulfs them when they lose.

But that’s even more reason the mental health stigma has to be broken. Because athletes often use their performance in games as metrics for their success, they have to learn how to find a healthy balance between winning and losing. Only then can they handle their mental health better.

There is no cure for mental illnesses, but they can be managed with treatment and medication. The first step to healing is admitting that there’s a problem, which should be directly followed by asking for help. But it’s important to realize that healing is nonlinear; just because athletes have bad days doesn’t mean that all their good days are meaningless.

Meta title: Destigmatizing Mental Illness for Professional Athletes
meta desc: Society has been stigmatizing people with mental illnesses for too long, but it’s even worse for athletes who look physically healthy. Here’s how mental health in sports can be destigmatized.