Joseph Kazden’s newest book “TAO: A New Interpretation” smashed on to the bestseller list out of the gate, putting it on equal footing with his other bestselling books ”TotIs” and “Gita.”  Kazden is an extraordinary writer, but the word “writer” does not do him justice because in many ways he is the breakout philosopher for this generation.

In “TAO: A New Interpretation” he presents readers with a revolutionary interpretation of the “Tao Te Ching,” which has readers riding quantum waves and pondering its revelations long after they have shut the book or closed their kindle. People who are looking to live more fully will want to pick up this book and savor it this summer, because it will no doubt change the way they see the world and how they live in it.

Recently Kazden took the time out of his busy schedule to answer some of our questions, and we are very grateful he did.

“TAO: A New Interpretation” is a very beautiful and thought-provoking book. Why did you decide to write this groundbreaking translation of the ‘Tao Te Ching’?

When writing my last book “Gita: Between the Unknowable and the Unreal”, I created my own contemporarily relevant translation of the Tao Te Ching using a number of different sources. As I continued writing Gita I came to realize the importance of harmonizing the essence of the Tao with the essence of my ideas of TotIs reality. Writing Gita revealed to me the deep influence that the Tao has had on my ideas. Lao Tzu deeply understood the nature of conscious perception. He understood its absolute inability to afford to consciousness anything other than an illusory simulation of the core reality that underlies our universe. I wanted to create an interpretation of the Tao that focused on the attributes of the unmanifest nature of reality as well as the illusory nature of conscious observation. It is this illusory nature that Einstein quipped about when he said that reality is merely an illusion, albeit a persistent one. Ultimately, I wrote TAO to help clarify the unity of all creation, that everything is connected beyond the illusion of cause and effect. Everything is one.

TAO: A New Interpretation” was called “a Tao for our times” by Kirkus Reviews. What did it feel like when you received that review?

It was a very satisfying moment when I read the Kirkus review. I was indeed writing a Tao for our times. A Tao that takes into consideration the facts of modern science and modern political and social knowledge. But I wanted to do that in a way that kept alive the beautiful, mysterious and revelatory prose of the original. When the reviewer said that, “The author skillfully echoes the poetically laconic writing style found in the original text” and that, “Kazden maintains the careful balance of resolved contradictions and declarative statements central to the Tao.” I knew I had been successful.

When you’re not writing bestselling books what are you doing?

Before Covid-19 hit, my wife and I enjoyed traveling, and we are looking forward to the day when we feel comfortable enough to continue to do so again. Our daughter is a research scientist with a Ph.D. in animal behavior and ecology. We like to visit with her at the various research sites where she runs her experiments and then continue to other new adventures. I have also been studying Spanish for the past few years to be able to visit the many countries where Spanish is spoken. It is a beautiful language and learning it helps keep my mind sharp. And of course, Spanish is an invaluable language to know right here in the USA. Then there are the constant home improvement projects that abound, so they keep me busy as well. Also, my wife and I both love to cook. Having an activity that focuses us on working together every day really helps keep our communication and relationship healthy. Speaking of health, I love to ride my bike when the weather is cooperating. I also have a 15’ dinghy sailboat called a Wayfarer that I sail for fun in the summer here in Puget Sound.

What is the most interesting feedback you have received from a fan, and why did you find it intriguing?

To answer that I must go back to feedback from my first book “TotIs” which was written in a style that recreated a symposium with Socrates and a group of friends discussing the nature of time and reality. I found it to be the most effective way to introduce the results from so many disparate disciplines to form one coherent thesis. One reader who had read much about Einstein and knew about other concepts in the book said they loved how they were walked through studies they were unfamiliar with. Also, that they played devil’s advocate to try and “break” Socrates but couldn’t. They found the book to be one part puzzle, one part philosophy and one part physics, as well as fun! This was exactly what I had hoped the book would be able to accomplish.

In your books, you are very focused on taking on the edges of reality and illusion in a way that has been called mind-blowing. What was the inspiration for this focus, and will you explore it more in your next book?

To put it simply, Einstein’s statement that “reality is merely an illusion, albeit a persistent one.” caught my imagination as soon as I could understand his theory of Relativity. It’s important to note that he was not joking, this is something he firmly believed. As conscious beings we live a bifurcated life. We have an “inner”, subjective life, emotional, volatile, irrational even. This is the life of dreams, of make believe, of fantasy. It is a malleable and yielding life. We also have an “outer” life that must bend to the requirements of an “objective” reality. This is a life of facts, of science, of logic, of life and death. Its judgments and effects seem unyielding, immovable, eternal. But these two lives exist in one world, one reality. It was this world that Einstein and other scientists were studying and discovering. It is a “real” world that they believe exists independent of our conscious experience of it.

Yet Einstein believed that “reality” as we experience it is an illusion. The essence of this illusion was that time has an arrow, a direction. I too had come to this conclusion and believed that by discovering the mechanism that propagated its persistence I could pierce the veil of the illusion. Very simply put, the mechanism is what I call antIs reality. It is our bio-sensory “experience” of life; it is a simulation, an interpretation. Central to this bio-sensory antIs experience is a created “now” moment where both a conscious observer as well as the world we observe is ever-manifesting between a past and the future.

The “source” reality of the world I call totIs. It exists independent of any bio-sensory, antIs, “Interpretation” of it. The antIs experience creates a world of past and future, of cause and effect, of separate objects changing state in space and time. TotIs reality is nonmanifest and so cannot be observed by consciousness. It exists in a state beyond any space or time that we can experience or observe or understand. Even calling it One cannot describe it. Will I keep writing about this subject? You bet I will. I find it to be endlessly fascinating and incredibly useful.

To learn more about Joseph Kazden and “TAO: A New Interpretation” check it out on Amazon. 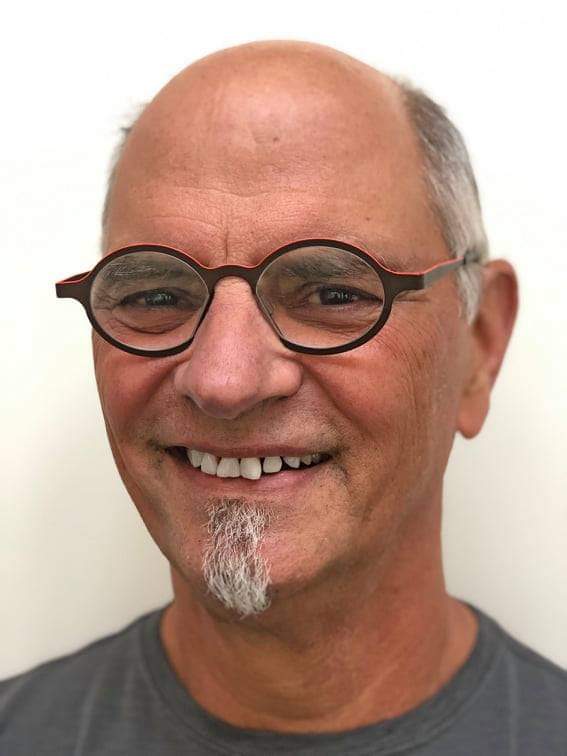