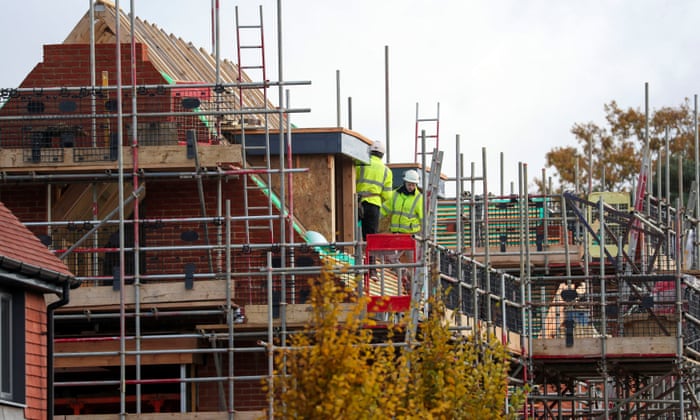 Developers could favour building offices or logistic centres in the South East rather than houses because of flaws in the government’s proposed first homes scheme, warns Savills.

The property agency has produced a report highlighting potential issues with the scheme where the homes qualifying in London are capped at £420,000 and the rest of England at £250,000.

Savills residential research director Lawrence Bowles said: “This is another hurdle to delivering homes making it less attractive than building a logistic centre or offices where you don’t have these constraints.”

The government wants 25 per cent of section 106 contributions to be earmarked for building first homes but Savills said this will make it uneconomic to build homes just outside London.

“It’s a scheme with a blunt set of house caps which means first homes in St Albans in Hertfordshire would be under the same price cap as St Helen’s in the North West.”

Brokers Hank Zarihs Associates agreed this would act as a deterrent for property development lenders offering builders finance for new homes in locations just outside the greater London area.

Under the scheme, housebuilders are expected to offer discounts to properties of between 30 to 50 per cent. For example, a £600,000 London home would reach the £420,000 cap if a 30 per cent discount was applied.

Houses in the South may need half-price discounts

The Savills report, First Homes: affordability and viability, shows a 30 per cent discount on a new two-bedroom flat would be enough to bring it within the price cap of 298 of the 316 local authorities.

Out of the remaining 18 local authorities, a 40 per cent discount would be needed to hit the price cap. This would cover places like St Albans, Elmbridge, Windsor & Maidenhead, Cambridge, Islington and Hackney. But in Kensington & Chelsea, the City of Westminster and the City of London, even a 50 per cent discount would potentially be insufficient.

For a three-bedroom house, the number of locations theoretically needing a discount of more than 30 per cent rises from 18 to 58, including Wokingham, Wycombe and Winchester.  In eight of these, a 50 per cent discount would be insufficient.

Savills also highlighted that in certain parts of the Midlands and the North would need a lower value cap to ‘target households truly frozen out of the housing market’.

The agency questioned the affordability of the scheme claiming on average a buyer would need a 15 per cent deposit and a mortgage four times an average income of £34,125 to afford a 700 sq flat. Savills said this would make it unaffordable for many given the average NHS salary for a nurse was £33,384.

The first homes scheme is part of the government’s Planning for the Future white paper where the deadline for comments is Friday, October 30. Other proposals in the white paper include raising the threshold from ten homes to 40 or 50 before an ‘affordable homes’ quota kicks in.

How Air Cargo Is Less Expensive Than Sea Products

Both air freights, as well as ocean freights are having their combination of variables, as…