CROSS AMERICA — Gender-reveal parties have grown in popularity over the last decade-plus, but so has the criticism of the phenomenon that has turned not only controversial but also deadly.

Celebrate the birth of a baby with a party activity centered on revealing the gender of the soon-to-arrive bundle of joy.

The parties have become fashionable in the English-speaking world, with activities ranging from cutting a cake with blue or pink frosting inside to performing large explosions.

It’s the explosions that are the problem. At least four people have died in the last two years — two this month. They’ve also caused wildfires and several millions of dollars in damage.

Christopher Pekny was a 28-year-old dad-to-be who was building a device to be used at the unborn child’s gender-reveal party in Liberty, New York, this past Sunday. The device exploded, New York State Police said, killing Pekny and seriously injuring his brother, 27-year-old Michael Pekny.

It was a “freak accident,” Peter Pekny Jr., brother of the two, told The New York Times.

“The freakiest of freak accidents that I could ever imagine,” he said.

One of the freakiest, anyway. It’s certainly not the first time something of this nature has happened.

Just two weeks earlier, a 26-year-old Central Michigan man was killed when a small cannon blew up at a gender-reveal party. Evan Thomas Silver was a guest at the party, which doubled as a baby shower, when he was struck in the chest by a piece of metal shrapnel when the cannon blew up, the Detroit Free Press reported at the time, citing information from Michigan State Police.

Accidents from gender reveal parties have sparked at least two wildfires, one resulting in the death of a firefighter, as well as the death of a 56-year-old grandmother in Iowa last year.

“This family got together for what they thought was going to be a happy event with no intent for anyone to get hurt,” Jason Sandholdt, a county sheriff, said of the Iowa incident at the time. “What ended up happening was that Pamela Kreimeyer, a wife, mother and grandmother was killed by a piece of metal where a metal stand, gunpowder and colored powder were involved.”

In 2017, a U.S. Border Patrol agent accidentally sparked a wildfire with a gender-reveal explosion that burned about 47,000 acres and caused about $8.2 million in damage. In Australia, a car rigged to belch blue smoke in a gender reveal burst into flames in 2019.

The tragic, and repeatedly unexpected, deaths and disasters from these parties come amid debate on whether gender-reveal parties — even ones that don’t include explosives — should be held at all.

In 2008, Karvunidis cooked up a surprise to announce her pregnancy over cake.

“We had a knife, and we cut into it all together, and we all saw the pink icing at the same time, and found out that we were having a girl,” she said.

A girl that, more than a decade later, wears suits and goes against typical gender norms.

Karvunidis said her daughter tells her there “are many genders.”

“She’s telling me, ‘Mom, there are many genders. Mom, there’s many different sexualities and all different types,’ and I take her lead on that,” Karvunidis told NPR.

Gender-reveal events go by the wrong name altogether, according to FamilyEducation.com.

The pregnancy website says events sharing the news of the baby’s sex should instead be called sex-reveal parties because “gender identity cannot be determined by a doctor’s ultrasound.”

Given the problems that have come from the events, even before the two deaths this month and the wildfires last year, The Atlantic described gender reveals in a 2019 report as “loud, bright, public affirmations of the gender binary in a time when people are becoming skeptical of that concept.”

Many of the gender-reveal party accidents are explosion-based, but not all. In 2019, a plane crashed while crop-dusting a field in Texas with pink water.

Still, disasters only occur at a small percentage of these parties, which continue to rise in popularity despite the ever-growing criticism they face. A search on YouTube shows hundreds of videos of announcements going off smoothly.

And there are the heartwarming moments that come from them, too; among them, a mom of six boys finding out she is finally having a girl, and a number of parties simply featuring a young child helping their parents share the news of their younger sibling.

But the harm the parties have brought, both physical and emotion, makes them not worth it in the end, Karvunidis said.

“We don’t need to get our joy by giving others pain,” she told NPR. “I think there’s a new way to have these parties.”

An overview of false accident claims in Nevada

In Nevada, all drivers are required to carry liability insurance. In case someone gets inj… 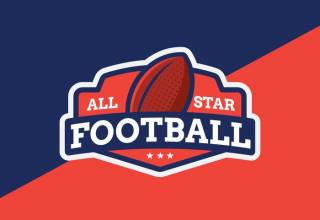 Boosting your energy levels is one of the keys to being happy. If you …