Ghanim Al Muftah was born with Caudal Regression Syndrome, which is a rare disorder that weakens his lower spine’s development. However, the seriousness of the disease did not stop him from achieving greatness. The doctors initially gave him very little time to survive. He is seventeen years old and at such a young age he serves as a motivational speaker for educational institutes. Ghanim Al Muftah exemplifies human resilience.

An inspiration to many, Ghanim Al Muftah is setting an example for normal people who can achieve greatness with the right mindset. He works extensively for the differently-abled people with his Ghanim Al Muftah Association for Wheelchairs. The organization provides free-of-cost wheelchairs to those children who need it. Ghanim Al Muftah wants to spread the message of life to the disabled population which his family taught him. His humanitarian activities are recognized around the world. Some of the most influential people that have recognized his work includes Father Emir of Qatar, Shk. Hamad Bin Khalifa, Shk. Mohmmed Bin Rashid Al Maktoum, Prime Minister of Dubai, and Shk. Hamad Bin Essa, from Kingdom of Bahrain.

Ghanim Al Muftah at such a young age is the Goodwill Ambassador for Reach Out to Asia (ROTA). ROTA is an active member of Qatar Foundation for Education, Science and Community Development (QF). In Ramadan 2015, Al Muftah took an emotional visit to a Palestinian Refugee Camp in Nahr El Bared in Lebanon. During his visit, he inaugurated a new sports center that benefits at least 5,000 local children there.

Ghanim Al Muftah, who has become a social media celebrity and is an active Goodwill Ambassador for Rota. He started a fundraising mission the previous year to raise funds for the community sports center in Lebanon. The sports complex located near Nahr El Bared is for children and young adults; precisely, between the ages of 16 and 25 years.

The sports center focuses on the concept of “Plus Sports”, where the sport is the driving force for children’s improvement entirely. In other words, the idea enables children to build their confidence, improve social skills and vocational learning.

By taking the trip to Lebanon, Ghanim Al Muftah started a campaign called “With You We Reach One Million Riyals”. The campaign’s goal was to raise funds for the construction of the sports center. He aimed to highlight vital problems and acquire donations through his real-life experience.

The sports complex provides a safe place for the children to learn and increase participation within the community. The project became an immense success since it was being completed with the collaboration of American Near East Refugee Aid (ANERA).

Ghanim Al Muftah is a firm believer in the importance of unlocking human capabilities and sustainable power development. With collaboration from ROTA, he wants to provide world-class education and cultivate the development of societies by addressing social needs.

In Rota Gala Dinner, his hat was raffled and it reached 350.000$ which is now valued as the most expensive hat. The money went to the Syrian refugee for their education

Present Situation of the Project

The project presently provides training courses for 45 sports trainers with the purpose to enhance their coaching skills. Furthermore, the trainers need to be more trained to engage Palestinian youths and encourage them to participate more in different sporting events.

Ghanim Al Muftah is an inspirational example that having a disorder should not stop anyone from living to the fullest. His dream ice cream franchise, “Gharissa Ice cream” won the Social Entrepreneur of the Year award. A substantial percentage of its profit is funded to the sports complex for Palestinian refugees. Now, the 17-year-old young boy has expressed his desire to study international politics to become a diplomat and serve as an ambassador for Qatar.

Your Step-By-Step Guide to Becoming a Morning Person

Wishing you could be one of those people that jumps out of bed in the morning, ready to ta… 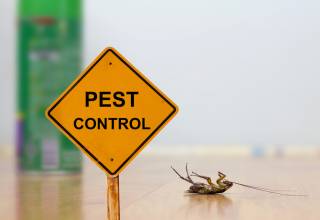 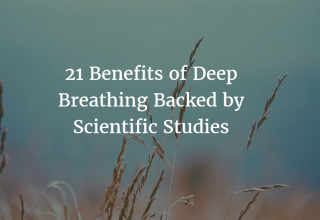 What does it take? Just Breath In and Breath Out! You do this on … 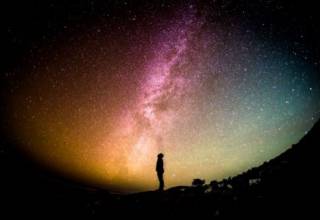 Physical and mental health go hand in hand. Just remember the times when you …