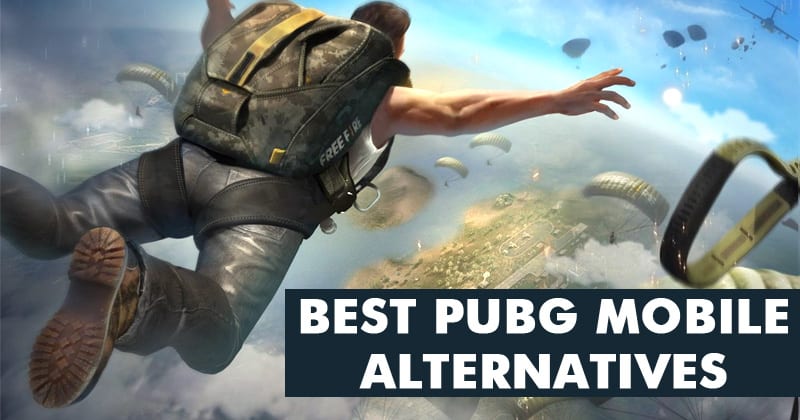 Pubg Mobile is an awesome game there is no doubt but nowadays the PUBG MOBILE developers are not keen on the problems faced by the players, now they just want to make money out of the one-time amazing game. They are concerned about fixing the issues and bugs of the game many of which are there for months. Due to this kind of situation, the player is looking for an alternative. The game’s unnecessary heavy files is also an issue that should be looked upon. Playing only shooter games don’t seem like a good idea, you should try some story mode games like GTA-5.

GARENA FREE FIRE  is a very popular game that has been already downloaded by millions. Free fire is a game that is very similar to PUBG mobile in most of the aspects we could look upon letting it be landing, looting or killing other players. But with the similarities, there are differences also in the playing style, characters and much more. There are three core parts of the games which are –

We even have a tips and tricks article on it so you can play like a free fire hack er.

Call of Duty Mobile is a new game developed by Activision upon their success with Call of Duty series for the consoles and PCs. While the game is new it might have a few bugs, but there is no need to worry as this game has penetrated the monopoly of PUBG MOBILE. According to the review by Gamers, this game is going to give a tough competition to games like PUBG MOBILE, FORTNITE, etc. It gives the user deep customization to the controls. The Game currently has 3 Modes and 4 Maps enough to keep you addicted to you. While Multiplayer mode is considered best but the battle royale is not bad.

Cyber Hunter has tried to be a game like a pubg and fortnite both. You’ll pick where to drop off on a big map, falling out of the ship onto aboard as you rush towards the ground. The cyberpunk sci-fi aesthetics actually feel like a breath of fresh air in the genre, even if its colorful nature does remind us of Fortnite a lot. Overall, we’re really quite delighted with Cyber Hunter. It’s somewhat unique, borrowing elements liberally from many other battle royales games but the way it all combines is the most amazing part of it and its developers.

We all know about the success of one of the biggest competitors of PUBG on other platforms but what about its gameplay performance on Mobile Platform. Sadly the game is not for everyone. The game is only supported on top-level flagship phones. It requires high-level specifications to be played, which makes it less reachable to the masses. While we can object the quality of the game but we shall take a look at the minimum specifications which it is asking and what it is providing as it is not so different form PUBG MOBILE in form of graphics and gameplay.

Rules of Survival (RoS) is a free-to-play multiplayer online battle royale game developed and published by NetEase Games, first released via beta access in November 2017. By October 2018, the game had reached 230 million players worldwide. It could be a good alternative which offers excellent performance.230 million players are playing this game which means it does have something special and it is delivering expectations of the players.

We can’t award any game as the best alternative but yes we would suggest the game GARENA FREE FIRE but the final decision lies in the hands of you. What you choose will be yours but our job was to tell you one of the best alternatives of PUBG MOBILE and we do complete our job.

Did you know that the games you play, you can make them to? Gaming Industry has shown rapid growth in recent times, unlocking the opportunities, not just the gamers but also for the developers of the game. When starting with the game development a very popular question is of which game engine is better unreal engine vs unity engine. More information content is available at XPITE

Being a pro in any of the games is not as easy as practice and experience both are required, you can get some inspiration by watching this video of shroud when he just nailed it.