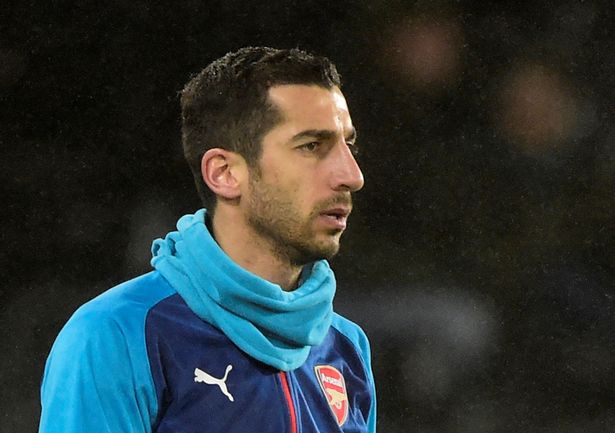 Henrikh Mkhitaryan reveals the big difference between Arsene Wenger and Manchester United boss Jose Mourinho The Armenia international completed his move to Arsenal from Manchester United last month in a swap deal which saw Alexis Sanchez move in the opposite direction. The Armenian found himself left out in the cold at Manchester United after suffering a slight dip in form last year, and needed a January move to revive his career. Mourinho offered him to Arsenal in return for their Chilean wonder Alexis Sanchez, who was desperate for a way out of north London. The two managers struck a deal, and a swap took place with Sanchez signing for Manchester United and Mkhitaryan joining Arsenal. Mkhitaryan produced only flashes of his best form during a turbulent 18-month spell at Old Trafford but already appears to have acclimatised to his new surroundings and the requirements of his new manager. The 29-year-old provided three assists on his full debut during last week’s crushing 5-1 win over Everton at the Emirates and summed up the difference between his two most recent bosses by contrasting their approach to man management.

‘Mourinho required a lot from the players,’ Mkhitaryan told SFR Sport on Friday. ‘A lot, he was very hard. ‘Arsene Wenger is friendlier, he understands, can think about players’ situations, is calmer. That’s the difference.

’ ‘I think I left an impression in Manchester, although I had difficulties,’ he added. ‘We won three trophies in a year and a half, it’s not every club that does that. ‘We won the Europa League final, I scored a goal. If people say that I have not had enough success it is their opinion, but I can say that I had a lot of success at the club.’]]>