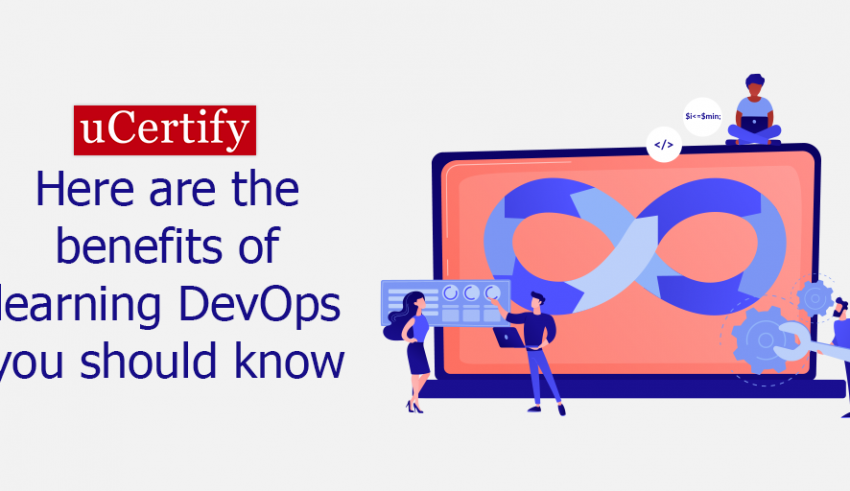 Have you ever used software that was incredibly frustrating due to its many flaws? If you’ve ever used something similar, you know how frustrating it can be, and it’s the reason DevOps was created. DevOps allows for continuous analysis during the software development process, allowing for a holistic view of the software. This results in a more stable release and, as a result, a better end-user product.

Since it offers the same quality checks and expectations as the methodologies above, DevOps is often regarded as an offshoot of Agile and Lean approaches. Developers and operations used to operate in separate silos until Agile. The product was created by the developers, and the operations team took care of the rest. Agile and DevOps arose as a result of the damage caused by this strategy. DevOps enhances Agile by emphasizing the efficient delivery of software that is entirely usable during every iteration. It reduces friction among internal teams working on the product as well as the end-user.

Anyone involved in software development, whether from the development end or the end of the operation. You may enroll in a DevOps certification course based on your experience and skill level to gain career benefits such as:

The manufacturing cycle is prolonged unnecessarily by siloed development and operations teams. Collaboration on the procedures needed to get the software operational becomes more difficult for both teams. Eliminating silos allows for closer cooperation, which enhances innovation and development.

Coding issues are among the most common reasons for a failure in deployment. The DevOps strategy ensures the early identification of problems by allowing for periodic code releases. Recovery time is significantly reduced when development and operations teams collaborate.

DevOps has played a huge role in revolutionizing the software development culture. All this is possible because of the involvement of all stakeholder teams in the development process. In this way, the teams can focus on a single goal instead of working with different objectives. Communication is improved when there is more synergy. Better communication results in smoother production cycles, quicker error detection and resolution, and a shorter time to market.

Continuous integration helps in reducing manual processes involved in developing and testing. There are a few tasks in the development process that can’t be automated. DevOps focuses the attention of developers on those activities, leaving the rest to tools that can speed up growth, such as cloud-based platforms.

The use of hardware resources during development unnecessarily ties up important machine infrastructure. This problem is solved by scalable cloud-based architectures, which result in faster processes. Create code acceleration software to make code compilation go faster. For a smoother function of the continuous delivery chain, parallel workflow processes are used.

DevOps incorporates quality into the production process, decreasing the risk of unplanned work. Focusing on security during the design and production phases eliminates the need to fix security problems later, saving time and allowing more money to be allocated to other projects. Furthermore, each team member is responsible for quality and security; this shared responsibility ensures that the final product is held accountable by the entire team.

DevOps professionals are so much demanded as the companies seek to draw more and more benefits from the process. A study predicts that 46% of IT firms are filling the need to fill the skill gap by hiring highly skilled professionals. Therefore, professionals pursuing a career in this field can expect to earn a substantial salary.

Although your pay can vary depending on your position, the average pay for the various positions is not drastically different. A DevOps Release Manager, for example, makes USD 92K on average, a Site Reliability Engineer USD 125K, and a DevOps Engineer USD 115K.

Looking at the frequent updates in the IT industry, it is important to keep up to date with the updates and trends. Pursuing a DevOps certification to complement your years of experience is a perfect way to remain active in an ever-changing industry. You will get more work done and have better operations support with DevOps automation capabilities.

Any IT (or IT-centric) company should prioritize development pace and business agility. Only by streamlining communications between the development team and the operations department – by cultivating a healthy DevOps culture – can such agility be achieved.

However, if DevOps teams do not have the right tasks, the solution would fail. Learn DevOps, add value, and organization to your business to contribute to your team. Get yourself enrolled in the PeopleCert DevOps course offered at uCertify. Our comprehensive training focuses on the objectives covered in both DevOps fundamentals and leadership certification exams. It covers all DevOps subjects, concepts, and resources, helping you to achieve expert-level proficiency. The curriculum is based on a well-structured learning path that has been suggested by experts in the field.