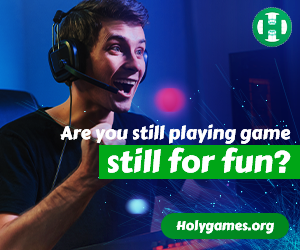 On August 19, HolyGames have made a brief announcement over their Beta testing plan, and today the details have been revealed. Over the last couple of weeks, the news has been covering brief information about beta testing with a hint of reward. From many media, the scale of the reward had a bit of mixed information, but today all doubts, and speculations have been cleared.

As an initial announcement, the company is seeking 10,000 Beta testers, on a first come first serve basis and the application acceptance will start from September 1st, via HolyGames Homepage. StarCraft I and the League of Legends will be initially available for testing.” As for Beta test, it is important to have as many test cases to be held for each game. But to avoid test cases on one-sided, we had to designate the tokens for each game,” said Juan Diniel Rueda, who is the CIO of HolyGames. Juan also adds, “StarCraft I and the League of Lagend are carefully selected for the test, to cover 1st generation PvP Gamer, and the most popular gaming platform as of now. Selected games will cover almost all range of age groups and regions at the same time.”

Since the HolyGames has issued its first official newsletter on Aug. 18th, the gaming community has been closely following up on their move, the atmosphere is very optimistic. The Beta testing will be the company’s biggest event before the official launch in early December, and it shall be an unmissable event for the gamers and the investors.