As if the 2020/2021 season in the Premier League didn’t already have enough reasons to be classed as ‘odd,’ here’s another one for you to consider. We’re approaching one-third of the way through the season, and yet thus far, not one manager has been fired from their job. That’s almost unheard of in Premier League football, and it’s a development to be welcomed. Job security for managers has been far too low in recent years, and so if clubs are beginning to become inclined to stand by their men for a little longer, that’s a good thing. Nobody wants to see a manager lose their job, and we won’t welcome the first sacking when it arrives.

Whether we welcome it or not, though, it will still inevitably arrive, and it’s looking increasingly unlikely that it will be one of the managers who was tipped for the chop at the start of the season. After apparently flirting with the idea of ‘mutually agreeing’ to part ways, Sean Dyche and Burnley are staying together. David Moyes has West Ham competing in the top half of the table. Dean Smith’s Aston Villa are dramatically improved compared to last season, and Steve Bruce continues to perform above expectations at Newcastle United. Ole Gunnar Solskjaer’s job will always be in the spotlight at Manchester United, but for now, he has his team in and around the top four, and he’s safe. 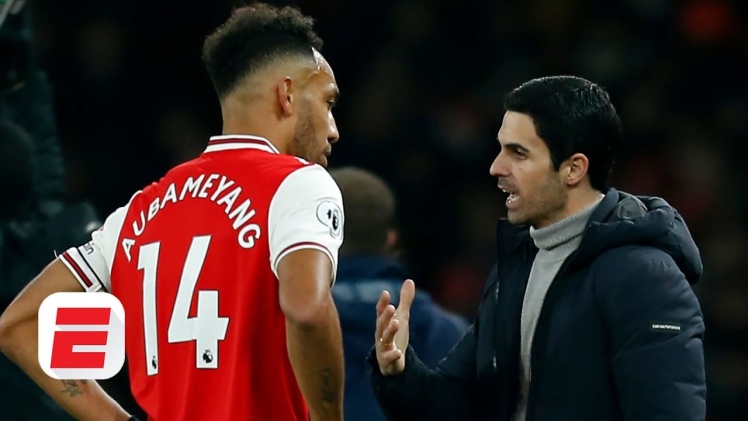 Instead, the first managerial casualty looks likely to be someone who until very recently spoken of as one of the most highly-rated young coaches in Europe, and a big blow for Pep Guardiola and Manchester City when he departed the Etihad to take over the reins at the Emirates Stadium. We are, of course, talking about Arsenal manager Mikel Arteta, who has overseen the Gunners’ worst start to a season since 1981. At the time of writing, the North London side are sitting a lowly fifteenth in the table, having taken a mere thirteen points from their first eleven games. It’s only the disastrously poor form of the three clubs occupying the relegation places that stops them from looking even worse, but as the pressure slowly eases on Solskjaer at Old Trafford, the spotlight begins to shine a little brighter on what looks likely to become a disastrous season for Arteta and Arsenal.

At this point, Arsenal fans are probably ruefully acknowledging the wisdom of the phrase “be careful what you wish for because you just might get it.” Large sections of the club’s support spent years trying to hound Arsene Wenger out of the job he’d held since 1996, finally succeeding in doing so in 2018 after what they thought were years of underperformance and lack of ambition from the club, its manager, and its players. By the time he said goodbye, the hashtag #WengerOut had evolved away from social media and become a meme, appearing in a multitude of unlikely locations all over the world. In the eyes of those fans, Wenger was too happy to accept 4th place in the table and the Champions League qualification that came with it as if it were some kind of trophy. How they must dream of Arsenal being good enough for fourth place now. 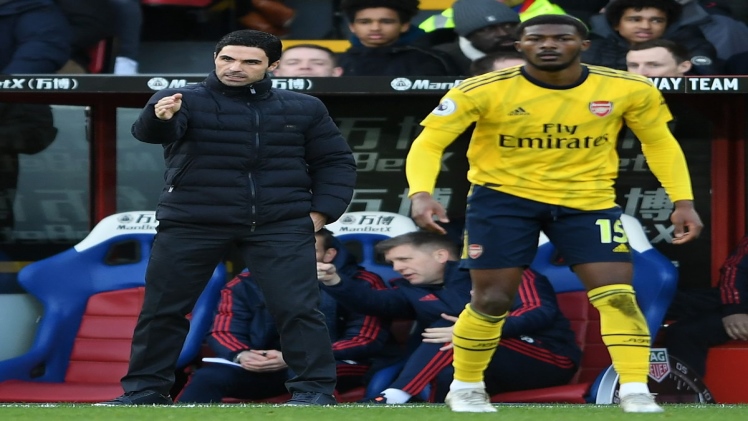 Arsenal’s board isn’t the kind to rashly sack a manager without due cause, but they will act if they feel it’s necessary to do so. Unai Emery, who turned out to be a poor choice to replace Wenger, lasted barely longer than a season in charge before he was dismissed. The feeling at the time was that the club was going backward, and they couldn’t afford to wait any longer for their coach or his players to turn the corner. Arteta has been in the job a little longer than a year now, and his situation is a little different. Arsenal look dreadful now, but last May, they won the FA Cup. They also picked up the Community Shield in the season’s usual curtain-raiser. Those trophies might keep Arteta around for a while longer than Emery got, but possibly not if the Gunners sink even further down the Premier League table.

Changing a manager isn’t a guaranteed solution to a slump in form, and doubly so when the transfer window isn’t open. It leaves the board in the position of players at an online slots website, trying to decide where to put their money in the hope of getting the best return. No online slots player knows what’s going to happen when they spin the reels, so all they can do is pay their money, spin those reels, and hope for the best. It’s a compelling, nerve-wracking experience, and it’s what makes online casino UK like “Football Glory” so popular. The stakes at Arsenal, however, are higher than they would be with any online slots game. We can be fairly sure that the Arsenal board doesn’t like what it sees at the moment, so it’s a question of whether they have the will or the courage to ‘spin again’ in the hope of succeeding with something new.

One thing that might go in Arteta’s favor is a lack of obvious high-quality candidates for the role if it became vacant. Mauricio Pochettino is still available, but it’s doubtful that he’d agree to manage Arsenal after spending so many years at Spurs. A club legend would be a popular choice with fans, but unfortunately, Arsenal’s available club legends have largely turned out to be poor managers. Tony Adams failed at every club he coached and hasn’t had a job in years. Patrick Vieira has just been fired after an unsuccessful spell in charge of Nice in France. Thierry Henry was sacked after just three months in charge of Monaco in 2019 and is currently trying to rebuild his reputation in the American Major Soccer League with Montreal Impact. The list of suitable candidates to take over at a club that ought to be in contention for top honors in the Premier League is a short one, and there isn’t an obvious name floating around at the moment who might do a better job if given a chance.

Things such as this won’t keep Arteta in employment for much longer, though. Whether there’s an obvious successor in waiting or not, he needs to turn things around very quickly if he wants to remain in charge of Arsenal during 2021. He’s lost some of the fans already. If he doesn’t start stringing wins together – and fast – he may lose all of them.