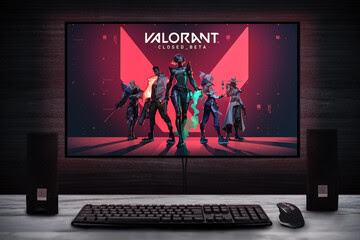 Here are some tips for thrifty gamers: how to protect yourself from malware when choosing a free game, and how to spot games that aren’t relevant.

Mobile games are there for your enjoyment, so you can play them whenever and wherever you want. You can battle on Fortnite or Borderland 3 Save Editor while you’re on the subway or waiting at the doctor, or you can collect resources on Clash of Clans during your lunch break. In addition, there are many developers who offer this entertainment to you for free.

There are a lot of free ( free-to-play ) mobile games out there, but while some of them can be fun others are mostly boring: they fill your screen with ads, ask you to pay for each level, and Sometimes they don’t seem to do anything when in reality they are downloading several unnecessary or malicious apps.

In this article, we are going to tell you how you can find free game on iOS and Android without taking unnecessary risks and downloading something bad on your smartphone.

Check if a mobile version of the game really exists

Can’t wait to install the mobile version of your favorite online shooter? Pay attention. It is not uncommon for crooks to spread malware pretending it is known games, especially when there are rumors on the game’s website that speak of an upcoming Android version launch or iOS.

It happened in the last year with Apex Legends when in 2018 fans of another battle royale free game, Fortnite, were targeted. Either way, users were eagerly awaiting the mobile version of their favorite shooter and cybercriminals decided to harness this wave of enthusiasm.

The crooks really got involved. They created websites where they left a Trojan horse, which masqueraded as the mobile version of the game, and then posted videos on YouTube with instructions for installing and running the game. The videos also told users how. download a few partner applications (which are the work of criminals) so that the game can launch correctly. Links to rogue resources and videos appeared in the first results when the user typed “Apex Legends Android” into a search engine. The user could therefore easily fall into the trap.

To not be fooled by these tips, you must consult the official website of the developer before downloading the game. Thus, you have the information relating to the launch of the game on mobile platforms and you have the download links for Google Play and the App Store if the app is already available in the store.

Malware doesn’t just mimic AAA titles that haven’t been released yet. The internet is full of sites that crooks use to distribute bogus apps that masquerade as games that have long been available on mobile devices. Just like with any other app, you should only download games from official stores like Google Play and App Store.

Sometimes it happens that the developers cannot come to an agreement with Google or Apple and decide to publish the installation files to their resources. For example, until April of this year, most users could download the Android version of Fortnite from Epic Games. Recently, the game was withdrawn from the official Google store again because the creators integrated their own payment system. Some games such as BL3 Save Editor can also be downloaded from Xbox one and Microsoft Windows.

If for some reason the game you want is not available from the official app store, you should download it from the developer’s official website and not from any other source. In this case, it is better to enter the URL manually to avoid the bogus pages that the crooks promote in the search engines. If, however, you do decide to find the developer’s site among the search results, check that the URL has no questionable errors and that the resource is nothing other than the game’s download page.

Remember that if you want to download a file from the developer’s site, you need to enable the download from third-party sources. Disable this feature in the device settings as soon as you have installed the game.

This method is far too dangerous if the game is not well known. Anyone, including virus writers, can say that the company failed to agree with the official app stores and then decides to publish a game infected with malware on their site.

Read the reviews left on the game

Stay on your toes even if the game has been released on Google Play or the App Store . First of all, even if the stores are equipped with security mechanisms and moderators that control the applications, you can infect your device at any time. Then even a legitimate game can constantly bug you with offers.

You can often tell if an app is bogus or too greedy by reading the reviews left. If there is a problem with the app, someone will definitely comment on how their smartphone got flooded with banner ads, how the battery quickly dropped, or how money was extorted from them.

Don’t give apps too many permissions

Even though the reviews left on the game are overwhelmingly positive, pay attention to the list of permissions requested . Does the application want to appear on top of other windows? This is a dangerous feature that banking Trojans tend to ignore, so you shouldn’t give games this permission. This match-3 game wants to have access to your camera? If so, find another game. In general, only give applications the minimum number of privileges. If it turns out that an important function is not working because you denied it, you can always give the permission later.

Take steps to protect yourself upstream

It is important to be vigilant, but it cannot be your only weapon. Bad people keep inventing new techniques to deceive users. Regardless of your operating system, you must install a reliable security solution on your device. Available on Android and iOS, Kaspersky Security Cloud detects the danger and then warns you or takes the necessary measures.

Is There a Variety of Sorts of Company Insurance?

Small business owners, who may be more personally impacted by less than their larger count…