Paella is considered one of the iconic dishes that originated in the region of Valencia, in eastern Spain. Now, it’s broadly consumed in all the areas of Spain due to its pleasant taste.

Paella originated in the 19th century and was made with different ingredients, including tomatoes, onions, snails, beans, rabbit, or duck. Nowadays, plenty of versions is available, from vegetarian to non-vegetarian and mixed paella.

However, many people feel the key to a traditional paella is the seafood, the truth is that the rice is the show’s star. After all, paella is a rice dish, and that is why it’s vital to choose the right variety of rice.

You don’t require to be a culinary chef on the coast of Spain to cook a delicious paella; you need to know the right ingredients and techniques. Read this guide to know how to cook paella with the best rice. 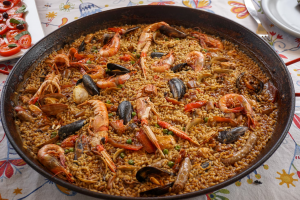 What is the best Rice to use for Paella?

People frequently wonder while eating traditional paella ‘what’s the secret behind its flavor and texture.’ Besides, paella is one of those dishes that can either go great or wrong with one misstep.

Apart from other details, including the ingredients and the right cooking procedure, the most crucial factor that needs to be highlighted is the choice of paella rice.

There are mainly two primary subspecies for rice- indica and japonica. Indica rice is usually long, narrow grains and is highly used in Indian cooking. Such rice variety doesn’t absorb flavors, and the rice itself contains a distinctive flavor of its own.

On the other hand, japonica rice is distinguished by short oval-shaped grains and holds little flavor. However, such variety is associated with absorbent properties and quickly absorbs the recipe’s moisture and flavors. For that reason, japonica rice is highly used to prepare paella.

It’s worth knowing that rice is usually distinguished by the length of its grains, long-grained rice measuring over 7mm, medium-grain rice 5-6mm, and short-grain rice less than 5mm.

Bomba, also known as Valencia rice, is an ideal choice for paella due to its premium quality and high absorption properties. This rice does not stick together and has a round shape with pearly color. Bomba rice tends to be highly overpriced compared to other rice varieties because of the care needed in cultivation and the length of time required to mature.

Calasparra is small-grain rice, usually grown around the town of Calasparra, Murcia. Besides, Calasparra rice is typically a white rice type, very much associated with the cheesy starchy risotto dish. However, it can still be used for making paella.

Senia and Bahia include short-grain rice and hold the ability to absorb more than the average amount of liquid. Furthermore, Senia and Bahia are widely used in preparing paella as they maintain a creamy texture after cooking. 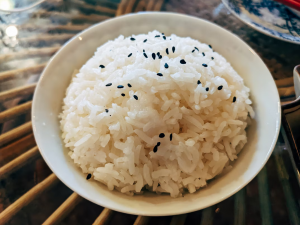 How to Make a Perfect Paella?

From seafood, ham, vegetables, fruits, nuts– there is no limitation in the ingredients used to prepare paella. As a result, you are free to experiment while adding your personal touch to the dish. Keep in mind different varieties of rice can affect the cooking time of your paella. 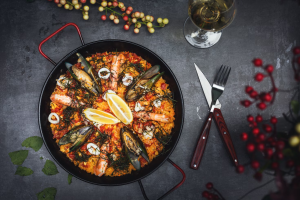 Rice varieties, including Bomba and Calasparra, are often considered premium quality, have a short-medium texture, and are readily available in Spain. Kindly note that if you are in the US, investing in such varieties can be a bit challenging due to their limited availability, or you can try to buy them online at a few Latin grocery stores.

The best alternative to opt for is Calrose rice, another medium- short-grain rice. It is widely grown in the Pacific Rim and Australia and is highly available in numerous supermarkets in the US.