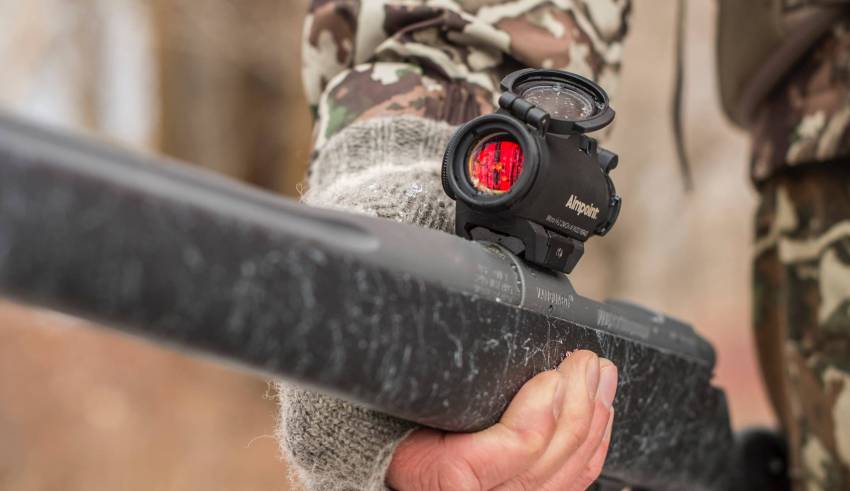 Home Uncategorized How to Use Red Dot Sights? Short Guide

Amongst many equipment, Red dot sights, otherwise known as Red Dot optics happen to be the talk of the market these days. Red dot sights are usually rather small in size and have a dot-shaped reticle in the middle of the aim that is added to help you tell where your aim is going to be landing.

Whereas using the Red dot sights is as simple as looking down the optic and shoot, it is certainly not as simple to choose the best red dot sights for your weapon, specifically for someone that is looking for them for the first time.

Considering that you might be buying the red dot sights for the first time, we have chosen to help you as we give you information regarding Red Dot Sights.

Why Having Red Dot Sights for Your Weapon is a Good Idea?

Contrary to what people believe, shooting is not as simple as just pointing and shooting. With the inclusion of so many technologies, things have gone to the next level. However, when you have a red dot sight, it becomes a lot easier for you to be a better shooter.

Red dot sights specifically prove to be of advantage to novices. For someone who is new to the scene of shooting using rifles, they can use Red dot sights in order to have more accurate shooting results, considering that there is no need to train for shooting over long distances.

Red dot sight is also going to be a piece of favorable equipment for people who are planning on participating in any shooting game or shooting competition. With a Red Dot sight, the whole process of learning can become very easy as using them can amount to increased accuracy as well as speed and accuracy.

If you are a hunter or a skilled shooter, then you know that shooting the target with only one single shot can still be a huge challenge. However, when you get your hands on a right dot you have proper guidance and a proper visibility of your target. This also prepares you for the time when you are ready to shoot.

With Red dot sights, you will be able to have increased accuracy as well as the ability to lock on the target that is moving very fast. This gives an edge to the people that go on hunt preferably, hunters.

What are the Benefits of Using Red Dot Sights?

The benefits that red dot sights have to offer are combined the advantages that iron sights and rifle scopes have to offer. However, they also have many more new features that have never been seen in any kind of optical sights before.

When you use Red Dot sights, there are two main benefits to using them, those being better accuracy and better speeds. Red Dot Sights allow you to lock on your targets more quickly and precisely than any of the aforementioned optics.

Here are some features that are offered by Red Dot Sights:

Here goes our review on how to use Red dot sights and what is it about them that make them such a considerable choice to gain an advantage and become a better shooter.