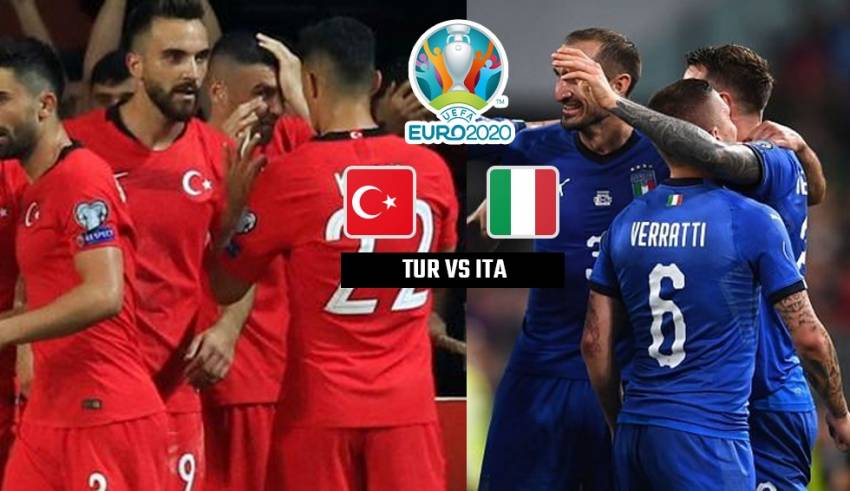 Home Sports How to watch Turkey Vs Italy Live

The tiny matter of the UEFA EURO 2020 opening game – at long last; this will undoubtedly be a tournament opener to remember. Italy is unbeaten in 27 games and will have home advantage at the Olimpico in Rome, while Turkey will be seeking to avoid defeat in their first EURO encounter for the fifth time.

Turkey and Italy will kick off Euro 2020 on Friday in Rome’s Stadio Olimpico, a year later than expected because to the Covid-19 epidemic.

The start is projected to draw over 16,000 fans, with fans expecting to attend all 51 games across 11 countries this summer.

Italy has gone unbeaten in their last eight games without allowing a goal under Roberto Mancini.

Many people believe Turkey will throw a few surprises this summer.

This will be Italy’s first major tournament match since the World Cup in 1990.

NEWS FROM THE TEAM

Cenk Tosun, Turkey’s leading scorer in qualifying, will miss Euro 2020 due to a knee injury sustained in April.

Lille striker Yilmaz, 35, will lead the line, while winger Cengiz Under, who scored as a substitute in their last warm-up friendly, might make his debut.

It seems possible that Italy will choose the same lineup that defeated the Czech Republic in a friendly match last week.

Because Marco Verratti is still recovering from a knee injury, Manuel Locatelli is likely to return to the starting lineup in midfield.