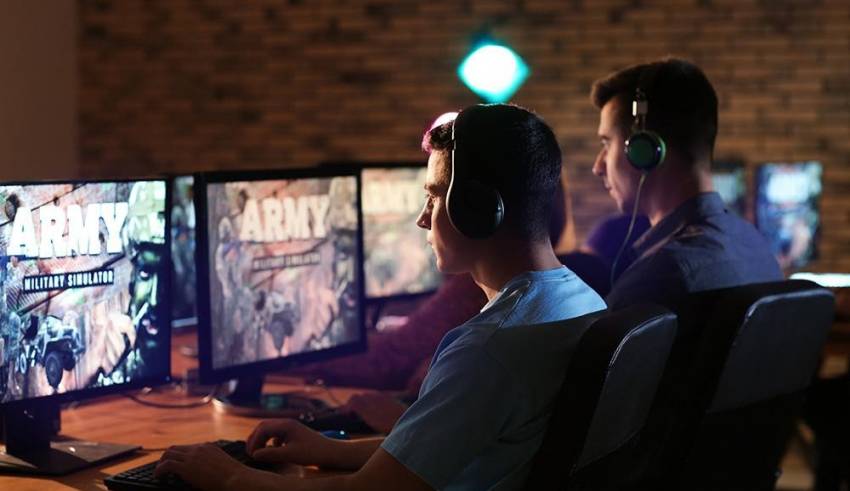 Gaming is one of the most popular hobbies today. The entire industry is constantly growing and playing video games isn’t the same as it was a decade or two ago. Now, millions of gamers are on platforms such as YouTube and Twitch, where they watch other people compete in their favorite games. If this is the case with you, chances are you dream of competing just like them. Well, you’ll be happy to hear that there are tournaments with cash prizes everyone can participate in. Let’s take a better look at some of them.

With over 350 million players, there’s no doubt Fortnite is one of the most played games of today. Not only is the game getting more popular but Fortnite tournaments are constantly making more noise. The 2019 Fortnite World Cup has proven to be a major hit, with 2.3 million concurrent viewers watching the finale. The winner, 16-year-old Kyle Giersdorf a.k.a. Bugha took home $3 million. If you’re a casual player, you probably don’t stand any chance in huge tournaments like this. However, there are small daily and weekly tournaments that may be just what you’re looking for. Obviously, the prize pool isn’t as high but it’s just enough for casual gamers. At the moment, the most popular website to find Fortnite tournaments with cash prizes is Players’ Lounge. If you think you can build and shoot better than other players, there’s no reason not to give these tournaments a go. In case you don’t want to participate in aFortnite tournaments, you can bet on similar eSports events online.

When talking about gaming tournaments, people usually think of PC and console games. However, mobile gaming has gone a long way recently and there are some huge mobile gaming tournaments place. This doesn’t come as a surprise as almost everyone owns a mobile device these days. Plus, playing on mobile is more convenient than playing on a PC or console. With mobile games making more noise, Arena of Valor has emerged as the biggest mobile game in eSports. In 2019 alone, Arena of Valor tournaments had over 72 million hours watched. The annual prize pool was around $2 million but the number may increase even more in the future. The good news is that everyone can take part in the Arena of Valor cash tournaments. All you need is your mobile device and a stable internet connection. A simple Google search should be enough to find upcoming events and rules for entering one.

World of Warcraft has been around 2004 and it’s one of the highest-grossing video game franchises of all time. The fact that the game is still being played massively tells you just how big it still is. Not only this but World of Warcraft tournaments still take place and they attract just as many viewers. Arena World Championship is returning for its 14th year and it comes with $900,000 in total prizing. If you think your 3-players team has what it takes to compete in the arena, this tournament is exactly what you’re looking for. With so many World of Warcraft tournaments taking place, there are other events you can consider entering. If you take a quick look at sites such as Game Battles, you’ll find a list of upcoming events as well as details such as team size and prize pool. While sometimes overlooked, World of Warcraft plays a huge role in eSports and we can expect to see more coming from Blizzard in the future.

As the names suggest, gaming and iGaming go hand in hand. Ever since online gaming became a thing, online casino enthusiasts started dreaming about playing casino games on the web. It didn’t take long for casinos to get online. Fast forward to 2021 and iGaming is almost as popular as traditional gaming. Millions of casino enthusiasts play online, especially after the Covid-19 pandemic and social distancing rules. As a result, more and more iGaming tournaments are taking place. In fact, no matter what casino game you enjoy playing the most, finding a tournament to join should be easy. Some of these tournaments come with prize pools as high as $1 million. Usually, iGaming tournaments use the same rules eSports tournaments use and entering one is relatively straightforward. Before you apply for one, make sure you learn all you need to know about gaming tournaments in 2021 and you’ll be good to go. With some skill and a little bit of luck, you may end up taking home a substantial amount of money.

There’s no need to say just how big the Call of Duty franchise is. The game was huge as soon as it was released in 2003 but the few latest installments have created a real spark in eSports. Call of Duty tournaments are some of the most-watched eSports events in the sector. Call of Duty World League was launched in 2016 and a total of $6 million of prize money was given out in the 2019 season. The game attracts a large number of players and finding an online tournament you can join shouldn’t be tough. UMGaming is one of the biggest online tournament platforms and they host a number of Call of Duty tournaments every month. All you have to do is join the platform for free and enter cash prize tournaments they host. The best thing about it is that whether you prefer Warzone or Cold War, finding tournaments to join will be a breeze.

eSports only caught up with traditional sports only recently. The sector will grow even more and it’s anticipated even more eSports events will take place in the future. This also means we can expect more online cash tournaments to be held. With that said, now seems to be the perfect time to learn more about online cash tournaments and participate in some. If you believe there’s a game you’re good at, there’s no reason not to test your skills against other players. Put enough time and effort into it, and you can dream about getting a share of large cash pools folks behind these tournaments give out.