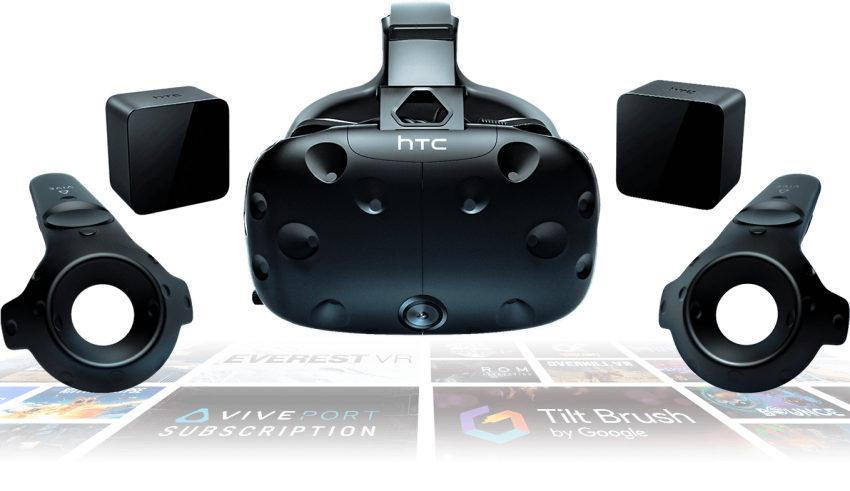 HTC teases a higher resolution Vive VR headset with improved display ahead of CES 2018 HTC has started teasing a new version of its Vive virtual reality headset, which is likely to be showcased on January 8 at CES 2018 in Las Vegas. The teased image, posted by HTC on Twitter, hints at a modified version Vive VR headset with an improved display. The image shows “New Year’s” out of focus, while the word “Resolution” is bold and sharp. It doesn’t say much, but HTC’s comment on new year’s “resolution” is obviously a play on screen resolution. That hopefully means that HTC will be introducing a new upgraded Vive headset next week at CES, specifically on January 8. The current-generation Vive headset, which was launched at Mobile World Congress (MWC) 2015, features two 2160 x 1200 display. There’s a high chance to see a 4K-resolution Vive headset at CES 2018, although this is just a mere speculation at this point. A 4K-ready Vive headset will feature two displays, each of which offers 1920 x 2133 at 90Hz. The displays then bring the combined resolution to 3,844 x 2,133. To support a 4K-enabled Virtual reality headset, however, users may need to invest in a more powerful PC to get the desired experience. The significance of a 4K per eye headset from HTC would be two-fold. First, high-resolution displays are now the biggest drivers for increased performance in GPUs. Both AMD and Nvidia know this, and having a big player like HTC push spec requirements forward will only mean good things for gamers. As monitor manufacturers start pushing 4K and 8K displays, you get a recipe for speedy GPUs. 4K per eye will also essentially solve the screen-door effect on headsets, an issue which has a big impact on clarity. The caveat, of course, is that the GPU power required to drive 4K per eye at 90Hz or higher is enormous. The safer bet is a more conservative resolution bump—maybe 1440p per eye, instead. We’re also curious if HTC is making any adjustments to the form of the headset itself, or if only the display (and possibly optics) are getting an upgrade, here. We’ll have to wait a few more days to find out. HTC announced a $200 (or approx Rs 12,655) price cut on the Vive headset, bringing the price down to $599 (or approx Rs 37,901). At the time of launch, HTC Vive cost a hefty $799 (or approx Rs 50,556). HTC is selling its Vive VR headset in India at a price of Rs 76,990.]]>