I’m not an especially vain person and so, as a result, I’ve not always kept up on my skincare routine. This led to a few too many fine lines and wrinkles appearing on my face, which I put up with for perhaps longer than I should. I was speaking to friends who recommended Grieshaber Dermatology to me and honestly, to begin with, I said I’d check them out just to shut them up.

But check out their site I did, and while there, I found all kinds of treatments to make you look younger. There was botox, dysport, dermaplaning and more and after a good hour of research, I decided that something called fractional skin resurfacing was the right one for me.

While I can’t deny the fact that I was drawn to the treatment because it involves lasers – geek alert! – it’s not the reason I chose it. The reason I did was because of what I’d read about what it offers. I had scarring, wrinkles and fine lines and from what I could see, it was clearly the most suitable choice.

After booking the appointment on the Grieshaber Dermatology website, I turned up for my initial treatment. We spent a good few minutes talking about my issues, after which my skin was examined and I was pleased to find out I had indeed selected the most appropriate option.

And So The Treatment Began

So, here’s the interesting bit – the treatment itself. My Grieshaber Dermatology practitioner wheeled out some equipment that looked quite futuristic and space age! The whole treatment took 30 minutes from start to finish and I have to say that I was totally relaxed throughout.

What helped was the fact that I was being reassured every few minutes and checked dutifully by the whole Grieshaber team. Each step was fully explained before it happened, even down to the lights and sounds the equipment was producing.

Immediately After The Treatment

I had read before having the treatment that there might be some sensitivity and redness afterwards and in fairness, there was a little bit of tenderness. I was again reassured by the Grieshaber Dermatology staff that this was normal and as predicted, it got better in the next few hours. By the evening, everything had calmed down and my face felt normal again.

What I can tell you is that the less you touch it in the hours after treatment, the quicker the redness dies down and it’s a really good idea to cover up from the sun too. No matter who you are and what kind of skin type you have, you are going to have a touch of inflammation to some degree.

Wonderful Results I Now Want to Show Off!

I’m not going to waffle on, as I know you’ve probably got better things to do, but I’ll leave you by saying that if you’ve got wrinkles, fine lines or any kind, then I would absolutely recommend Grieshaber Dermatology. Laser treatment might not be the ideal choice for you, but I just know that their experts will find the ideal option.

The results I’ve had are nothing short of miraculous and I’ve now been back twice – with the second trip every bit as relaxing as the first. I take people and service as I find it and I found their service to be top notch in every regard.

I’m now much more eager to show my skin off, as it looks amazing for the first time in years. I’d held off doing anything about it because I just don’t like pain – let’s face it, who does? – but I wish I hadn’t. Don’t be like me, try these things out sooner rather than later, as they really work and they really don’t hurt.

Bye for now and thanks for reading. 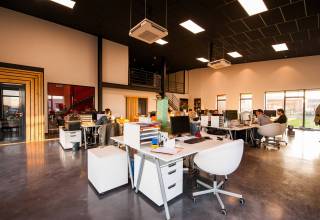