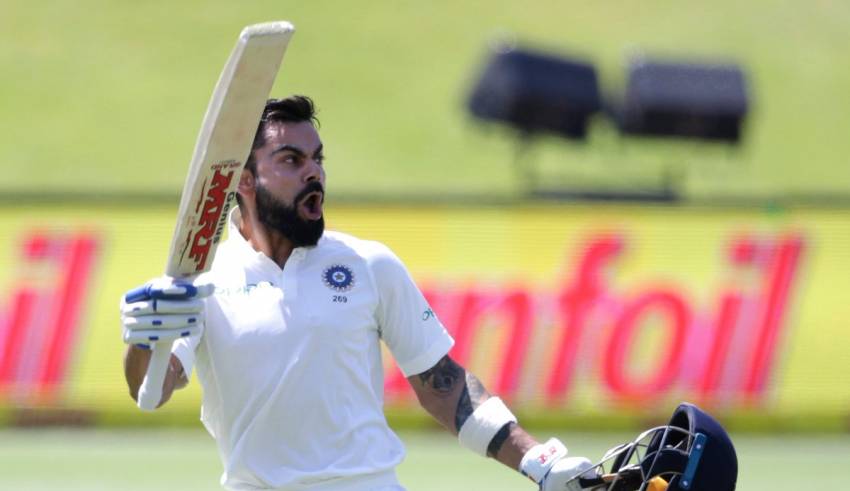 ICC Awards: Virat Kohli adjudged ICC Cricketer of the Year, Captain Of Test And ODI Teams After a tremendous performance with the bat last year, Indian captain Virat Kohli on Thursday swept ICC Awards as the 29-year won the prestigious Sir Garfield Sobers Trophy for being the World Cricketer of the Year 2017. Apart from the award, the Indian skipper was also named as ICC ODI cricketer of the year 2017 and the captain of both ICC Test and ODI teams. It is the second time Kohli has been named as the ODI cricketer of the year as he won the same honour in 2012 when he was 24 years old. The award, which was decided for performance based on the period between September 21, 2016 to December 31, 2017, the Indian skipper scored 2,203 Test runs at an average of 77.80. The right-handed batsman also scored eight centuries in the time period in the longest format, including 5 double hundreds. In ODIs, Kohli hammered 1,818 ODI runs at an average of 82.63 including seven centuries, and 299 T20I runs at a strike rate of 153. With Kohli as skipper, India went on to register 9 consecutive series win in the longest format.

All of the winners, video highlights plus links to more facts and figures! ➡️ https://t.co/1KtSWseIWe pic.twitter.com/F56mPBO1Ci — ICC (@ICC) January 18, 2018

Apart from Kohli, who was named as the captain for the ODI Team of the year, Rohit Sharma, who smashed a double ton against Sri Lanka in December, becoming the only batsman in the world to have 3 double centuries in the format, was also included in the squad. The only other Indian apart from the two, who made it to the team was seamer Jasprit Bumrah, who took 56 wickets in 31 matches at an average of 22.73 in the year 2017.

BREAKING: On the day he was named ICC Cricketer of the Year, @imVkohli has become the second India batsman after Sunil Gavaskar to reach 900 points in the @MRFWorldwide ICC Test Batting Rankings! ➡️ https://t.co/Q9fT3BLIos pic.twitter.com/SEdczeqKDm

Three Indians made it to the 2017 Test team of the year – Ravichandran Ashwin, Cheteshwar Pujara and Virat Kohli, who was also named as the captain for the side. Australian skipper Steve Smith bagged the honour of Australian captain Steve Smith claimed the Test Player of the Year honour after scoring 1875 runs in 16 matches at an average of 78.12, with eight hundred and five 50s.Smith, meanwhile, averages 63.75 from 61 Tests, the second-best average of all time for those who have played more than 20 Tests. In the ICC rankings, he has climbed to 947 points, just 14 shy of Don Bradman’ high watermark of 961. Smith beat off competition for the from last year’s winner Ashwin, who took 111 wickets at 25.87, Cheteshwar Pujara, who scored 1,914 runs, Kohli, and Ben Stokes, who hit 1,000 runs at 40.00 and took 35 wickets at 27.68. Rising leg-spinner Yuzvendra Chahal was also recognised for his tremendous performance in T20 cricket and his 6-wicket haul against England in Bengaluru was recognised as the ICC T20I Performance of the Year.He is behind only Sri Lanka’s Ajantha Mendis, who took 6/8 and 6/16 against Zimbabwe and Australia respectively. Afghanistan’s Rashid Khan was adjudged ICC Associate Cricketer of the Year after taking 60 wickets in 2017 — a record for an associate player in a calendar year — and 43 in ODIs, also a record.]]>