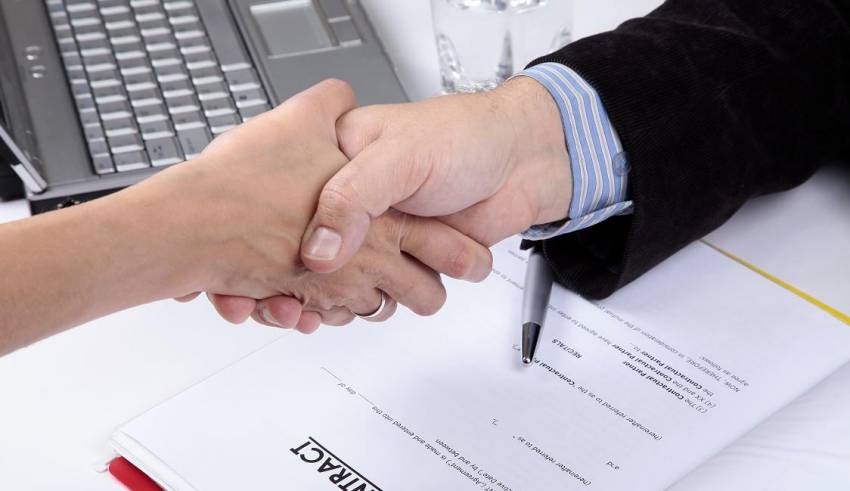 Human Rights and Business Contracts are two eyes to the face of modern commercial law. The essence of it lies in striking the balance between the two which is a task in itself as both of these subjects are contradictory to each other in their sphere. Human Rights are people-oriented while business contracts are profit-oriented. With this article, we aim to explore the balancing between human rights and business contracts for the smooth functioning in the modern commercial era.

In order to strike balance, there came the concept of Corporate Social Responsibility to inculcate humane values in business operations. These activities are enshrined into the Companies Act, 2013 by virtue of Section 135 and Schedule VII and it includes eradication of hunger, poverty alleviation, education, and gender equality.

The much shocking event on December 3 1984 namely the Bhopal gas tragedy has demonstrated the importance of Corporate Social Responsibility in recent times. We are no stranger to the happenings of that dreadful night where there was a leakage of Methyl Isocyanide that plunged the lives of about thousands of people and affected numerous people in ways unimaginable. Litigations took place in Indian Court as well as in the Supreme Court of the United States.

The supreme court of India approved settlement money of $470 million from the United States for civil as well as criminal claims to secure immediate relief to the victims in 1989. The compensation was based on the assumption, that the number of deaths was 3000 and injured were 1 lakh. But according to the figures calculated as in March 2003, the number of deaths claimed was more than 15180 and injured at 5,53,015 which is to around five times the number calculated before. It was disappointing negligence and a breach of human rights with inadequate compensation leading to the helpless situation to the victims[1].

Till this date there are gross violations of human rights being compromised in the process of attaining development in the industrial sector. There are many more instances like the Kudankulam Nuclear Power Plant which is still a threat to the human right to life. Thus emerged the need and compliance for Corporate Social Responsibility in a stricter sense.

The United Nations have formulated guidelines on Business and Human Rights that are threefold in nature and includes the following.

The state duty is divided into foundational and operational principles. The foundational principle lays that the state has the duty to protect its citizens against the abuse by the third parties including business enterprises. This principle empowers the state to monitor the activities of the enterprises and take action against their policies if they are found to be violative of human rights. For this purpose they shall clearly lay down their expectations to respect human rights in the territory they function.

The operational principle ensures that the states control the business enterprises in its territory and it includes General State regulatory and policy functions. It lays down that the States should:

(a) Enforce laws that are aimed at, or have the effect of, requiring business enterprises to respect human rights, and periodically to assess the adequacy of such laws and address any gaps;

(b) Ensure that other laws and policies governing the creation and ongoing operation of business enterprises, such as corporate law, do not constrain but enable business respect for human rights;

(c) Provide effective guidance to business enterprises on how to respect human rights throughout their operations;

(d) Encourage, and where appropriate require, business enterprises to communicate how they address their human rights impacts[2].

The foundational principle here is that the business enterprises shall respect human rights. The human rights mentioned above are the rights enshrined in the International Bill of Human Rights, the International Labour Organization’s Declaration on Fundamental Principles and Rights at Work. In order to meet their responsibility to respect human rights, business enterprises should have policies and processes e in place appropriate to their size and circumstances, including:

(a) A policy commitment to meet their responsibility to respect human rights;

(b) A human rights due diligence process to identify, prevent, mitigate and account for how they address their impacts on human rights;

(c) Processes to enable the remediation of any adverse human rights impacts they cause or to which they contribute.

The operational principle focuses on the execution part of the foundational principle and it strictly puts that the business enterprise responsible for violation shall cooperate in remediation by legitimate processes.

The states should ensure adequate forum for redressal of human rights abuse either by judiciary, executive or legislature. This principle acts as a foundation stone because without this provision, the guidelines would be meaningless.

Non Governmental Organizations have acquired enough fame for their role in prevention and remediation of abuse of human rights. Their role was prominent in the case of Vishaka v State of Rajasthan[3]. This case was the first of its kind and it laid a base for implementation of international laws where there was a void in the state law by the principle of self executing treaty.

This case was filed against sexual harassment in workplace. It was held that it was the duty of the legislature and executive to ensure safety and dignity of women in the workplace and through suitable laws. The Court formulated guidelines that formed the basis of The Sexual Harassment of Women at Workplace (Prevention, Prohibition and Redressal Act, 2013. The guidelines are as follows,

(a) Express prohibition of sexual harassment at the work place should be notified, published and circulated in the appropriate ways.

(c) Appropriate steps should be taken by the employers of the public and private sector to include the aforesaid prohibitions in the standing orders under the Industrial Employment (Standing Orders) Act, 1946.

(d) Appropriate work conditions should be provided in respect of work, leisure, health and hygiene to further ensure that there is no hostile environment towards women at work places and no woman employee should have reasonable grounds to believe that she is disadvantaged in connection with her employment.

After the advent of various labour legislations like Factories Act, 1948, Standing Orders Act, 1946, Companies Act, 2013, companies now have a better framework for the protection of human rights, better corporate governance and Corporate Social Responsibility. Corporate Social Responsibility is one way of paying back to the society as it also provides 2% of tax exemption to the companies. Thus CSR is one way to strike the balance between society well being and profit maximisation. If endeared sincerely, one can observe harmony in both these subjects.