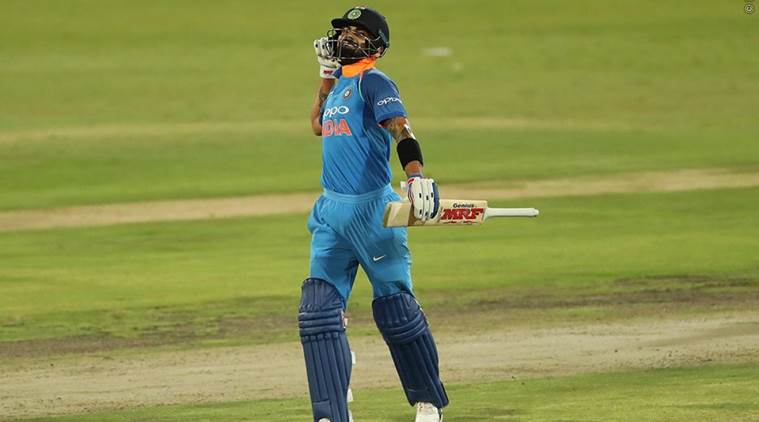 modern master Virat Kohli made his 35th ODI century, the second most in limited-overs cricket against South Africa

modern master Virat kohlimade his 35th ODI century, the second most in limited-overs cricket against South Africa in Centurion on Friday. He continued his terrific form in the on-going bilateral series Apart from his century, Kohli grabbed another record to his name by becoming the highest run-getter in a bilateral series surpassing his teammate Rohit Sharma who achieved the feat in 2013-14 against Australia after scoring 491 runs in the series.   clinched victory in the final encounter by 8 wickets. Chasing a target of 205 runs, India lost Rohit Sharma early but skipper Virat Kohli took on the onus on himself and led from the front to guide his side home. Kohli struck his career’s 35th ODI ton as India chased down the target convincingly in Centurion to take away the series 5-1.
Great Sachin Tendulkar, who is on top of the list with 49 centuries and overall he has 100 century both including test and odi matches, but Virat Kohli  had taken 309 innings to reach 35 centuries. Kohli got there in his 200th innings.
Virat Kohli also became the first Indian batsman to score three centuries in a bilateral series.
former captain Sourav Ganguly and very very special  Laxman have scored three centuries but not in a bilateral series. Ganguly scored three centuries during the 2003 World Cup in South Africa, while Laxman slammed three tons during the 2004 VB Series in Australia.
Not just that, he also became the first man to score 500 runs or more in a bilateral ODI series.
The record was previously held by his team-mate Rohit Sharma, who scored 491 runs in the six-match series against Australia.
The record of most runs as captain in a bilateral series now also belong to Kohli. Australia’s George Bailey is second in the list with 478 runs against India in 2013-14. The Australian is followed by South Africa’s AB de Villiers, who achieved the feat twice – 367 runs vs Pakistan in 2012-13 and 358 runs vs India in 2015-16.
Earlier, the visitors had restricted Proteas to a total of 204 runs. Shardul Thakur scalped a four-for to return with figures of 4/52. Here’s what the experts and pundits have to say about India’s dominating win.
The Indian skipper was in a destructive mood at Centurion as he scored an unbeaten 129 off 96 balls. Kohli is in sublime form and there seems no stopping the Indian run-machine.
In the post-match presentation, Kohli also had a warning for the rest of the bowlers around the world.
“You want to lead from the front with your performances. It’s a wonderful feeling. I got 8-9 years left in my career. I want to make the most of it. It’s a blessing from God that I’m healthy. I just look at it that way. I just keep my head down so I can give 120 percent for the team,” said Kohli.
Kohli was also all praise for his team that came back from a 1-2 Test series loss to completely decimate the South Africans in their own backyard in the ODIs.
“They’ve shown a lot of character. Especially those two young spinners. They’ve been so brave and outstanding. They’ve come back from Johannesburg superbly. Three T20Is to go, tour is not over yet. The first two Tests we weren’t happy with ourselves. Couldn’t take the game to the opposition. Didn’t take a backward step since Johannesburg. I was here, having lost the series, and speaking to you. And now I’m here, having won the series, and speaking to you. Been a wonderful turnaround,” he added.
India will have very little time to celebrate their ODI series win with the first of the three T20s slated for Sunday in Johannesburg.

Trying to think of another phase where a player has dominated so. Tendulkar in 1998? Any others?

This was South Africa. Where India has always stumbled. And it is 5-1. Who would have thought! I

No one is @imVkohli peer at the moment im afraid . Best in the world 🌍

Parampara ,Pratishtha ,Anushaasan. Congratulations India on the 5-1 series victory. Brilliant effort from the spinners and wonderfully led from the front by Kohli. pic.twitter.com/jYQhLTIqI8

Michael Holding during Commentary – “Vivian Richards Called me during break and said I was never as good as Kohli is” Modesty from the great Sir Viv , but this has been the Virat Kohli series. Not in years has a batsman dominated the opposition in this manner. #KingKohli pic.twitter.com/yKrAu5GKtV

One of the best ODI innings I have seen in the recent past. Congratulations, @imVkohli! Excellent work by #TeamIndia to win an ODI series for the first time in South Africa. Way to go, boys✌✌ #SAvIND 🇮🇳 pic.twitter.com/IjAlV2YpHp

King Kohli had 32 hundreds in 202 ODI’s before this series began, i.e one every 6.5 innings, which is astonishing. What he does next, score 3 in 6 ODI’s this series. We are a blessed nation , Kohli jaisa koi nahi pic.twitter.com/Wo30ZwzdVz

Many congratulations to the Indian team on an incredible 5-1 series win. Virat Kohli was simply outstanding but the bowlers, especially Chahal and Kuldeep set it up for India with 33 wickets between them. #SAvIND pic.twitter.com/AYtCtUoLhE

Many congratulations to the Indian team on an incredible 5-1 series win. Virat Kohli was simply outstanding but the bowlers, especially Chahal and Kuldeep set it up for India with 33 wickets between them. #SAvIND pic.twitter.com/AYtCtUoLhE 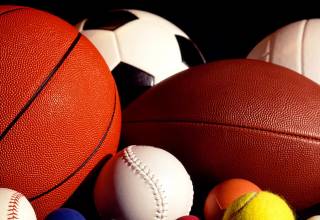 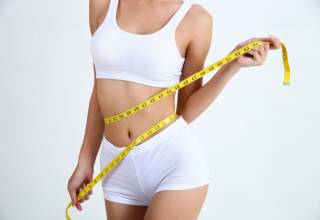