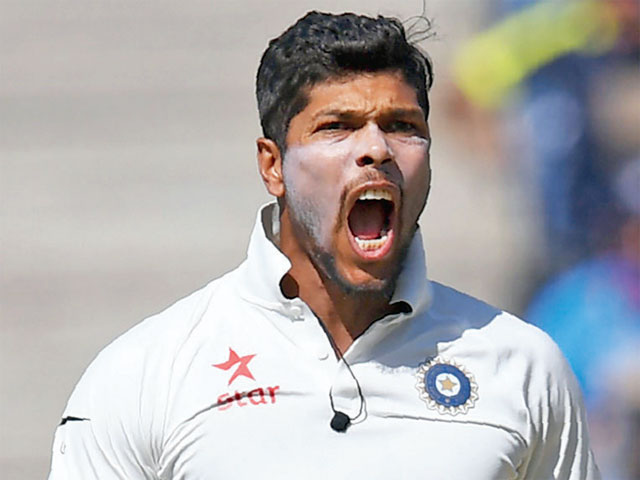 former Indian player Sanjay Manjrekar wrote in a column and requested Umesh Yadav to bowl a line where batsmen don’t leave most of his deliveries and also owing to the suspect slip catching of the Indian team. Yadav felt like Kapil Dev, his strength is natural outswinger and he doesn’t want to lose it trying to bowl too many inswingers. ” Umesh said Like Kapil Dev, my natural delivery is outswing this my strength. If I try to experiment with too many incoming deliveries, it can lead to me losing my natural outswing delivery, which I don’t want during this time of carrier. Obviously, there will be a few change-ups with incoming deliveries but outswinger remains my natural strength,” Yadav said. Indian pacers got carried away with their line on earlier when they got pacer-friendly wickets in in Australia, England, but it won’t happen this time around, Yadav assured his fan while talking with media. “During earlier tours, we were younger and use to get more excited. But now, all of us – Ishant, Shami, Bhuvi and myself know how to control excitement. We will be using condition very well this time,” said Umesh. “Like if it’s hard and bouncy pitch, you have to hit the good length consistently while if it’s spongy bouncy then I will have to pitch it up,” Yadav elaborated. Yadav clarified that the selectors never put a test specialist cap on him, even though he played only nine ODIs in 2017. Jasprit Bumrah and Bhuvneshwar Kumar have been the first-choice ODI bowlers for some time now but the 30-year-old Vidarbha speedster does not want to read too much into the pattern of selection. Jaspreet Bumrah and Bhuvneshwar Kumar have been the first choice in limited overs matches but Vidarbha’s 30-year-old fast bowler does not take it very seriously. He said, “National selectors are well aware of the workload of me and Mohammad Shami. selector never told us that as far as limited overs is concerned, you are not in our plan. ” “There have been times when we have gone up to the selectors and have asked for rest having bowled a lot of overs in Test matches. When you are playing all formats, there is bound to be more wear and tear,” Yadav, who has 102 wickets from 71 ODIs said. He reminded about the importance of taking care of niggles after Test matches.]]>