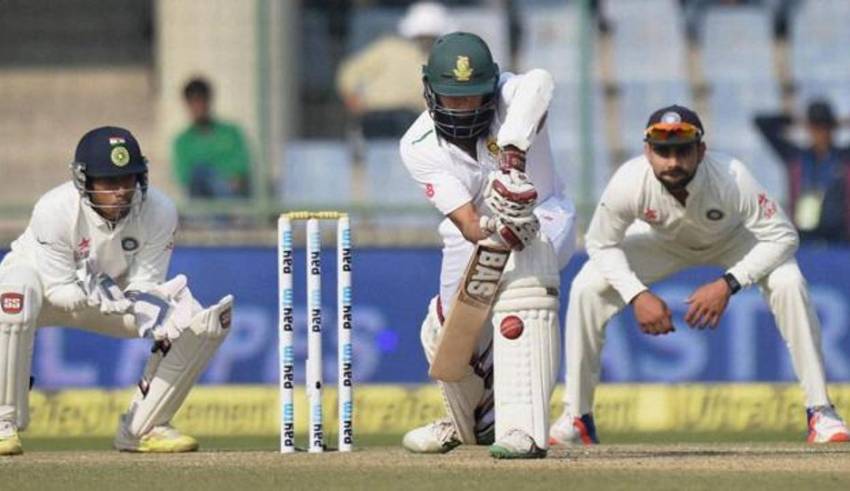 <![CDATA[]]>
<![CDATA[]]>
Home Sports India's pacer, led by Mohammed Shami and Jasprit Bumrah, has put India in great position from where they can win

From an overnight 65/2, the home team was dismissed for 130 with Shami taking 3/28, Bumrah 3/39 and Bhuvneshwar Kumar moping up the tail for figures of 2/33. The last man out was AB de Villiers for 35, the top score of South Africa’s second innings against India in cap t0wtest, , he was dismished over before lunch by south africa . sensational Indian comeback, after the entire third day was washed out, was set early on Monday. The opening session began with a bustle for India as Shami had the nightwatchman Kagiso Rabada caught at second slip and Hashim Amla superbly held at gully by a diving Rohit Sharma. Bumrah wasted little time in producing a beauty that extracted South African skipper Faf du Plessis for a duck – the ball sat up to surprise the batsman – and then found the edge of Quinton de Kock’s bat to provide Wriddhiman Saha his eighth dismissal of the Test. That left South Africa at 92/6. de Villiers only batsman offering a fightback, South Africa’s lower order did not trouble India. Bhuvneshwar had Keshav Maharaj tickling a catch to Saha and Morne Morkel undone by a sharp bouncer, also pouched by Saha for his tenth dismissal. Dale Steyn, who had injured himself on Saturday, was forced to walk out as last man and did enough to get de Villiers back on strike. But off the second ball of Bumrah’s 12th over, he swung a pull shot out to deep midwicket where Bhuvneshwar held the catch inches inside the boundary. India have won just two Test matches on South African soil in 25 years of touring – in 2006-07 and 2010-11. Will Cape Town 2018 prove another memorable overseas victory?]]>