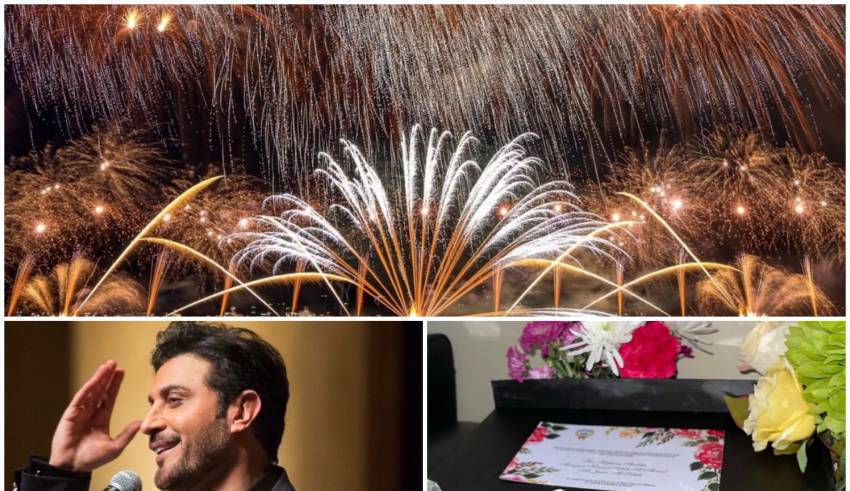 On Saturday the birthday of Kuwaiti princess Sheikha Maryam Al-Sabah rocked the world, it was attended by over 1000 guests and reports estimated the Arab royal spent a whopping 10 MILLION DOLLARS on the one-day event and the princess herself wore a custom Ralph and Russo diamond incrusted dress costing a crazy $400k, it was held in the deserts of Kuwait away from the city with a custom-built stage and flowers from across the world planned by one of the worlds top event planners. Private planes flew guests from all corners of the world with many famous attendees. All guests were given gift boxes which included Custom made Cartier diamond brooches, a bottle of Chopard perfume, and custom-made Prada scarfs with a personal thank you message from Sheikha Maryam herself.

Celebrity makeup artist Mario Dedivanovic flew almost 8000 miles from LA to Kuwait to personally get the Princess ready for the birthday event. Singers and performers from around the world attended the party including French pop stars Aya Nakamura and Heuss l’Enfoiré, Arab singers Majid Al-Mohandis, Rashed Al-Majid, Abdulmajeed Abdullah, and Nawal Kuwaitia all performed at the party. Tons of food were served with cuisines all around the world with an enormous 15 tier birthday cake full of edible pearls. The spectacular event ended with an out-of-world fireworks display that lit up the Kuwaiti desert. The details of the birthday party were kept top secret and party guests were forbidden to post any details about the birthday event on social media this is to ensure the safety of the royals of Kuwait and being one of the worlds most powerful and richest family they have to keep their identity protected under strict rules.