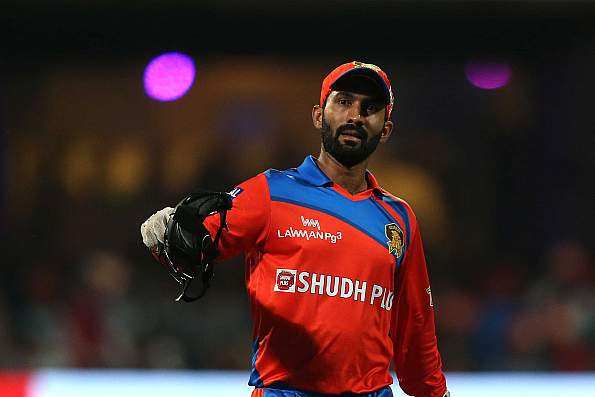 IPL 2018 : Indian wicket keeper Dinesh Karthik appointed KKR captain After axing former indian batsman Gautam gambhir from team Two-time IPL champions Kolkata Knight Riders have appointed Dinesh Karthik as the captain for the upcoming edition of the tournament.Robin Uthappa has been named his vice-captain for the season that starts 7 April. Karthik was picked by KKR for Rs 7.4 crore during the IPL mega auction. Karthik It is an honour to represent Kolkata Knight Riders, one of the most successful franchises in the IPL and I look forward to this new challenge. I am excited about the squad that has been assembled, which has a great combination of experience and youth,” said Karthik We are looking forward to work under coach Jacques Kallis. All the foreign players are really good too. I will try to take the team forward from where Gautam Gambhir left.” Karthik compiled 361 runs at an impressive average of 36.1 in IPL last season when he played for Gujarat Lions last year. Even though Karthik has not played for KKR before, he has the leadership experience in domestic cricket where he helped Tamil Nadu clinch the Vijay Hazare Trophy title in 2009-10. He has also captained the India Red side, which won the Duleep Trophy last year. Other than that, Karthik also holds the experience of captaining TUTI Patriots to the Tamil Nadu Premier League title in 2016.

Uthappa, who has played for the franchise since 2014, observed that his association with Karthik goes back in time to Under-17 days and he was looking forward to his new role. “DK and I know each other from our U-17 playing days; I’m really excited to work with him. “I’m sure all of Kolkata will be right behind DK, as will I and as will the rest of the team. I’m going to be available to DK anytime he needs me, always ready to share my inputs. DK and I have known each other since our Under-17 days, so looking forward to working with him,” he said. “I think the thing that stood out is that Karthik is at the age now in his career where he’s got the best years of his career in front of him,” assistant coach Simon Katich noted. KKR Squad: Dinesh Karthik (C), Robin Uthappa (VC), Sunil Narine, Andre Russell, Chris Lynn, Mitchell Starc, Kuldeep Singh Yadav, Piyush Chawla, Nitish Rana, Kamlesh Nagarkoti, Shivam Mavi, Mitchell Johnson, Shubman Gill, Ranganath Vinay Kumar, Rinku Singh, Cameron Delport, Javon Searless, Apoorv Vijay Wankhade, Ishank Jaggi]]>