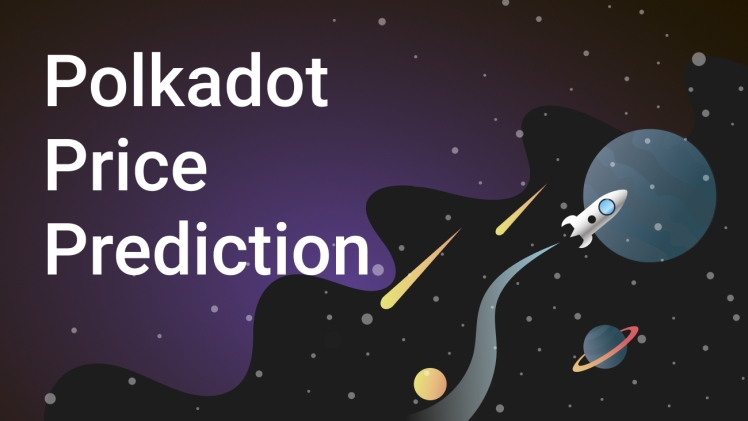 The Ethereum platform encountered multiple sharding problems after the launch of Ethereum 2.0. It was at that time the founder of Polkadot and also the co-founder of Ethereum, Gavin Wood, thought of designing a protocol that could eliminate the sharding issues of the Ethereum protocol and thus created the Polkadot Protocol.

What Is Polkadot (DOT)?

Polkadot is a heterogeneous blockchain protocol that simplifies interoperability and cross-chain communications by connecting multiple specialized blockchain networks into one unified unit. DOT is the native cryptocurrency of the Polkadot ecosystem, which has become quite popular among developers and investors.

The heterogeneous multi-chain framework of Polkadot supports the development of the next version, 3.0, for a decentralized worldwide web on the Ethereum platform. This added feature of the Polkadot ecosystem allows users to utilize their own blockchains without altering any existing systems. The platform connects private and public chains, oracles and future technologies, permissionless networks, thereby allowing these independent blockchain networks to share information through the Polkadot ecosystem.

Since its launch in 2017, the journey of Polkadot has not been that smooth as other major cryptocurrencies ruling the market since their inception. However, despite Polkadot being plagued by losses, it has maintained its reputation for being one of the most promising crypto coins. This was possible because of its large community that believes that the cryptocurrency has a lot of things left to unfold, and that would be for the betterment of the crypto industry.

DOT, the native token on the Polkadot ecosystem, launched its mainnet in May 2020, and since then, it has gained wide popularity among investors and developers. DOT can now be counted in the list of top 10 cryptocurrencies across the world.

The Relay Chain- this is the main chain of the Polkadot network where the transactions are finalized. The Polkadot Relay uses the NPoS Consensus (a variation of the PoS consensus) to increase the speed that allows Polkadot to process more than 1,000 transactions in a second.

Parachain – parachain or the parallel chain as it is more commonly known as works parallelly with the Polkadot network, which makes it possible to perform multiple transactions simultaneously.

Parathread – parathread or parallel thread works on the same principle as parachain but offers a more flexible model as compared to parachain.

Thus, as a sharded multi-chain network, Polkadot allows users to transfer funds from one digital wallet to another, using private and public-key cryptography. After every 6 seconds, all the pending transactions are confirmed in a block which together forms the Polkadot blockchain.

The entire Polkadot system is coordinated by a central Relay Chain which allows data processing on several parallel chains called Parachains. The sharded architecture breaks up the network into individual nodes called shards that increase the transactions throughput by allowing them to be processed parallelly on each shard instead of processing them sequentially across the whole network as were done in older generation blockchain networks.

Polkadot started with a cost of $9.12 at the beginning of 2021 but soon started to rise after that. As per the Polkadot prediction, DOT price will continue to rise, and the community might develop new and more advanced features that will contribute to its success even more.

DOT might resume at $165 in 2022, but the price is anticipated to rise with the enhancement of its user base, which is quite obvious for DOT. By the end of 2022, Polkadot might trade at $260.

In 5 years, Polkadot might be breaking all its previous price records, and the price might rise consistently with the community collaborating with developers to enhance the protocol. By the end of 5 years, Polkadot might trade at around $450. Visit https://www.cryptonewsz.com/ to know more about the Polkadot Price Prediction by experts with detailed analysis.

According to the Polkadot Price Prediction made by various crypto analysts, the price of DOT will vary. Still, Polkadot can be counted upon as a better investment than most other newly introduced crypto coins, which has created quite an uproar in the cryptocurrency industry.

Polkadot is a revolution in the blockchain industry that will enable fairer peer-to-peer digital transactions among multiple blockchain networks.