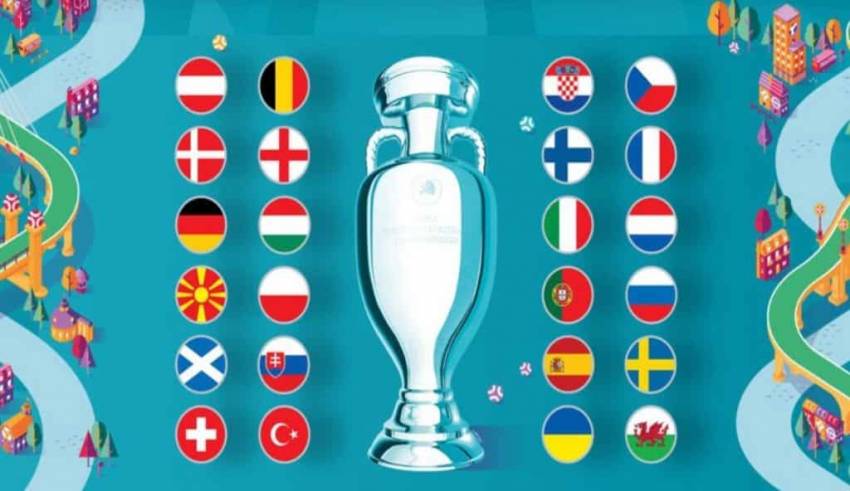 On Monday, Scotland will compete in the European Championship for the first time since 1996, with home advantage against the Czech Republic in Group D.
The setting is Hampden Park, where Steve Clarke’s side is looking for an early win to put the pressure on Auld Enemy England in the pool stage.

The Tartan Army advanced with a thrilling play-off victory on penalties over Serbia in Belgrade, despite finishing third in qualifying behind Belgium and Russia.

The Czech Republic finished second in Group A behind England, giving them a chance to improve on their pool stage exit in France five years ago.

On Monday evening in St Petersburg, Poland and Slovakia will open off Group E action at Euro 2020.
In a pool that also includes Spain and Sweden, the two are vying for what might be a crucial first three points.

In only their third participation at the competition, the Poles were spurred by Robert Lewandowski to reach the quarter-finals.

They finished first in Group G, ahead of Austria, North Macedonia, Slovenia, and Israel, with only one defeat and only five goals conceded.

Slovakia finished third in qualifying Group E, a point behind Wales and a point ahead of Hungary, with Croatia taking the top spot.

It was enough to secure a place in the playoffs, where they defeated the Republic of Ireland and Northern Ireland in consecutive knockout matches.

Lewandowski has a lot riding on his shoulders for the Poles, who are missing players like Krzysztof Piatek and Arkadiusz Milik.

Despite hurting his calf toward the end of the domestic season, captain and star player Marek Hamsik should be fit for the first match.

On Monday night, Euro 2020 shifts to Seville, as Spain looks to capitalize on home advantage in their Group E opener against Sweden.

La Roja’s star has fallen severely since being back-to-back champions in 2008 and 2012, either side of winning the World Cup in 2010.

In France five years ago, reaching the Round of 16 was as good as it got, but they came through strongly in qualifying this time, dropping only two points to finish ahead of their opening opponents.

Sweden’s second-place finish guaranteed them a place in the tournament, where they will attempt to advance past the group stage for the first time since 2004.

Due to a positive Covid-19 test, Sergio Busquets has been ruled out of the Spanish squad, while Gerard Moreno is expected to lead the line.

With veteran Zlatan Ibrahimovic absent due to injury despite his return to international duty, Alexander Isak and Marcus Berg will most likely start at the front.