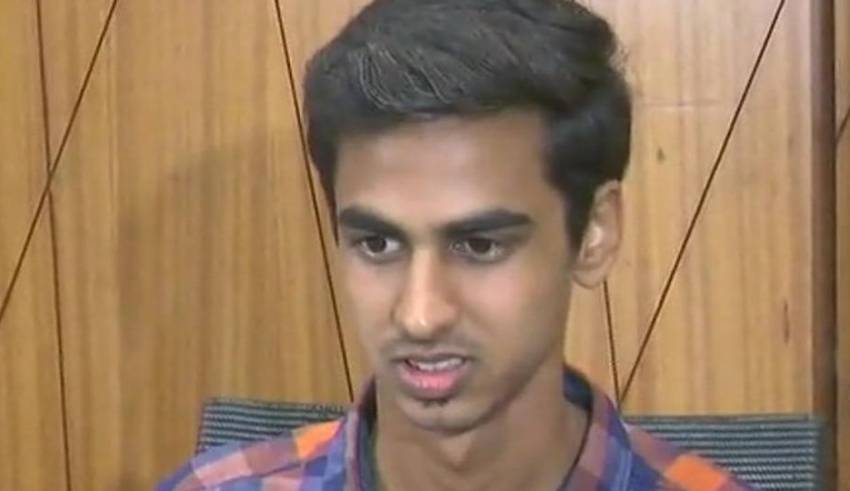 The death of BH Loya — the judge who was hearing the Sohrabuddin fake encounter case – in December 2014, is being “politicised”, his family has said. At a press, the conference this evening, his son Anuj Loya said the family has no suspicions now regarding the death, but they are being “harassed” and “victimised”.

CBI judge B H Loya’s family on Sunday said”I don’t have any suspicion… There was some suspicion before due to emotional turmoil, but now it is clear. I was 17 at that time and I was in emotional turmoil.
Didn’t understand anything at that time,” Anuj Loya told reporters. Mr Loya’s lawyer Ameet Naik, who was accompanying him, added, “There is no conspiracy… we don’t want to be victims of any political issue”.”Our family is pained with the chain of events in past few days. Please don’t harass us,” justice Loya’s son Anuj said at a specially convened press conference.

Loya had allegedly died of cardiac arrest in Nagpur on December 1, 2014, when he had gone to attend the wedding of a colleague’s daughter.The 48-year-old judge — who was hearing the CBI’s case of murder against BJP chief Amit Shah — had died of a cardiac arrest in Nagpur, where he had gone to attend a wedding, on December 1, 2014. Mr Shah and several top police officers were subsequently cleared by a court. Last year, in an interview to The Caravan news magazine, Anuradha Biyani, judge Loya’s sister, had raised questions about the death, triggering calls from various quarters about an independent inquiry.”There is no controversy. No need of politicizing the issue. This is a tragic event. We do not want to be victims of politicization of the issue. Let it remain the way it is, non-controversial,” Naik said.

Anuj Loya had earlier, on November 29, 2017, written to the-then chief justice of the Bombay high court Manjula Chellur that the family had no suspicions about the circumstances of his father’s death. “The family had no doubts about the integrity of investigating agencies,” the Times of India quoted his letter a stating.

In fact, the late judge’s family members, including his father, had earlier told Caravan that there were a number of inconsistencies in what they had been told about Loya’s death. Anuj Loya himself had written a letter soon after his father’s death expressing misgivings and asking for an investigation.