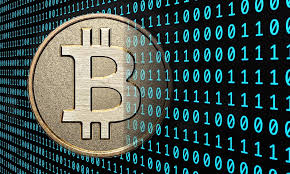 Korean youbit  bitcoin cryptocurrency exchange to close after second hacking twice in a year A South Korean cryptocurrency an announcement on its homepage since reported by a various south Korean news outlet, the relatively unknown exchange, which is not to be confused with the similarly-named Yobit.net, said it had made “every effort” to stay afloat. it was hacked for the second time this year, highlighting concerns about security amid booming trade in bitcoin and other virtual currencies. The exchange, called Youbit, had been hacked once before in April when nearly 4,000 bitcoins were stolen in a cyber–attack that the south korean ’s spy agency linked to North Korea, according to a recent South Korean news report. on Tuesday Youbit announced on its website that After the accident in April, we made every effort to strengthen security, recruit personnel, and reduce hot wallet storage… In the meantime, due to the hacking of our company at 4:35 in the morning, funds have been lost from your wallet.

Youbit did not elaborate exact amount, but said all customers’ cryptocurrency assets would be marked down to 75% of their value Youbit also added it will go through a formal bankruptcy, the procedure to minimize customer fallout, but that balances would still auto-adjust to a fraction of their former worth, with the aim to refund once formal proceedings are over.  yobit Bitcoin traded at around $18,800 on Tuesday morning. It made its debut on the world’s largest futures exchange on Sunday evening, when the Chicago Mercantile Exchange (CME) became the second exchange to offer bitcoin derivatives trading. The January 2018 contract initially spiked above $20,000 but later dropped back, having been originally priced at $19,500. But its debut was overshadowed by a series of warnings from politicians and others about the digital currency Denmark’s top central banker later weighed in, saying people buying bitcoin should not blame regulators if they suffered losses when the market crashed because it was an unregulated market. He said putting money into bitcoin was basically gambling.]]>