New parents have varying reasons for choosing infant formulas as a supplement to human breast milk. A larger percentage of the parents feed their babies infant formulas since they are unable to completely satisfy their child’s needs. Several pharmacies and shops sell a variety of infant formulas and parents should be more knowledgeable before selecting a particular brand of infant formulae. The formulas enable babies to grow and develop healthily by providing them with the necessary nutrients. An example of quality baby formula is the Alula Toddler Formula which is recommendable for its benefits when used to feed your baby. 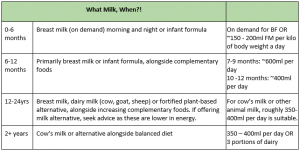 The goat milk formula was introduced from the fact that the milk has similar nutrient composition and benefits tocow’s milk. Most babies are also less likely to have goat milk allergies making it a suitable option for most infants. It is however not advisable to give a baby with cow milk goat milk since they may react to the same protein content present in both. Finally, goat milk can be given to children from birth.

This formula can be used from birth. The hungrier baby formula is composed of high levels of casein which is hard to digest. It is mostly recommended for hungrier babies.

Babies after being fed may experience reflux which involves bringing up the milk-fed to them. The anti-reflux is a perfect formula that can be used to reduce reflux in infants since it has a thick consistency. The formula also has varying methods of preparing and should be given to babies after recommendation by a health expert.

The comfort formula is made from cow’s milk proteins. The proteins are however hydrolysed first before being included in the formula. The breaking down of proteins while formulating the comfort formula ensures that babies can easily digest the food. For children with common issues of constipation and colic can benefit from the formula, hence solving digestive problems.

Lactose intolerant children can be fed this formula since it has no lactose content. These occurrences are however rare in babies and may present symptoms such as abdominal pain, bloating, and diarrhoea in babies. Parents should also involve a health professional when buying and administering this type of formula to babies.

The hypoallergenic formula should be used only under a qualified health specialist. It is mostly recommendable for babies who are allergic to cow milk. The formula is made mostly of partially hydrolysed proteins for easy digestion.

The follow-on formula is suitable for babies at the age of around six months old and above. The baby however doesn’t benefit from the formula when it is switched to at six months. It is, therefore, recommendable to keep feeding your child on first infant formula until they are at the age of one year then switch them on the follow-on formula. A parent should also be informed to ensure they buy the rightformula for their child.

The good night formula is manufactured with added cereals in it and is specifically suitable for the child before they go to bed. The benefits of feeding this type of infant formula to a child however have not been proved. Additionally, the formula should be given to babies at around six months old.

The main component used in making the soya formula is soya beans. This is usually an alternative ingredient used instead of cow’s milk to feed babies with milk allergies. The content in the soya bean known as phytoestrogens however may affect the baby due to the estrogen hormone found in that plant. Furthermore, the baby’s weight may be affected by the soya formula when given high amounts of phytoestrogens in the soya product. Finally, the soya formula has glucose that may destroy the child’s teeth. Administering this formula should be done under the advice of a professional health care assistant.

This formula also referred to as toddler milk is provided as a substitute for cow’s milk and I suitable for children above the age of one. The growing-up milk doesn’t have additional nutrients however meaning that it has no extra benefits to the child.

There are a variety of baby formula products and each has its specifications and benefits to the baby. This however doesn’t mean that the formulas have additional nutritional advantages but can be used to supplement breast milk and provide an alternative for babies who are not breastfeeding. A parent should however know how to feed the child on a particular formula and know what to avoid. The recommendations of a health expert are therefore key in ensuring that you select the right formula for your baby.