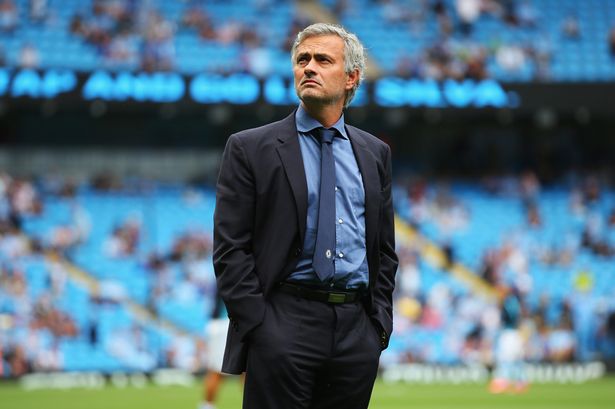 Manchester United boss Jose Mourinho: We Cannot Buy Lionel Messi Or Cristiano Ronaldo! Manchester United manager Jose Mourinho has hit back hard at critics suggesting he can improve the club’s attacking force, insisting the Red Devils cannot sign the likes of Lionel Messi and Cristiano Ronaldo. United are expected to have a relatively quiet last 24 hours of transfer window having brought in Alexis Sanchez from Arsenal last week. But Mourinho is already making plans to bring in reinforcements in the summer. Michael Carrick, who is yet to appear in the Premier League this season, is set to retire at the end of the season while Marouane Fellaini’s future remains uncertain. And Mourinho admits midfield will be the key area he will be looking to improve at Manchester United come the end of the season. Messi: Why It’s Difficult For Ronaldo And I To Be Friends The Portuguese believes United cannot get better players than they currently have in attack, admitting the likes of Messi and Ronaldo are out of the club’s league. “I think in attack it’s difficult for us to improve,” he said, according to Express.

“Where are we going to get a better combination of players than we have? “We cannot buy (Lionel) Messi, we cannot buy Cristiano (Ronaldo) – these are the best players of the last decade. “Where can we get better players than (Juan) Mata, Martial, Lingard, Rashford, Alexis, and Lukaku? In attack we have an amazing group of players.”

Mourinho did, however, admit that United might need to replace Michael Carrick at the end of the season, as well as Marouane Fellaini if he leaves. “In midfield Michael Carrick will not be No 16, he will have ‘MC’ on his shirt next season, so we lose a player,” he added. “It’s there in midfield where we need to “ – I’m not saying improve – but we need to get a player to compensate the situation of Michael. “If Marouane leaves, yes we have two gaps there, so let’s see what happens.” United take on Tottenham Hotspur at Wembley Stadium on Wednesday night in the Premier League.]]>