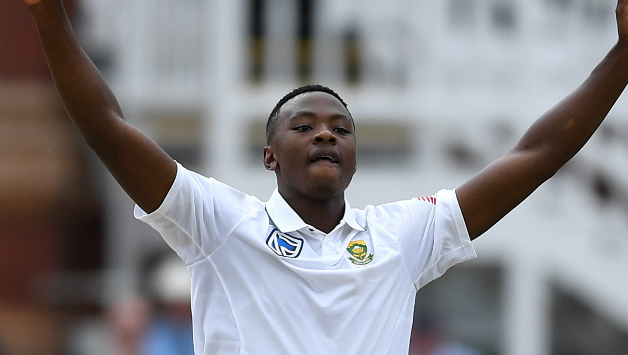 May my partnership with Lungi Ngidi last long: Kagiso Rabada Kagiso Rabada is seen as a black icon in South African and world cricket. But the first and most significant step in the young tearaway’s journey to stardom was taken by his father Mpho, an aviation medicine expert, when he left the segregated township of Mamelodi four decades ago In 2016, as Kagiso Rabada ripped the Aussie batting line-up apart in Perth during his first trip Down Under, commentator Ian Healy asked disbelievingly how could a 20-year-old generate such scorching pace. Ian Chappell’s casual reply — “you’d have to ask all the batsmen in his village”— triggered a Twitter outrage. With debutant Lungi Ngidi, the man of the match in Centurion, not making South Africa feel the loss of Dale Steyn so far, it’s their fast bowling that’ll once again look to corner India and clinch the series 3-0 at the Wanderers in Johannesburg. Kagiso Rabada, Lungi’s senior by a year and once his under-19 teammate, is waiting for Monday to arrive when work begins again. “Actually cricket’s off my mind at the moment, we’re having some fun right now,” he says. The young man has earned it. Along with Ngidi, the duo became the first black South African bowlers to pick all the wickets in an innings of a Test match. That calls for celebration indeed. He’s happy for Ngidi and says it was “special” bowling with him at Centurion. “We played together in the under-19. We even toured India I remember, but he got injured unfortunately and his trip was cut short. But we played together at school and we have a history. So it’s just nice to play with your friend, from when you were a teenager. So hopefully long may it continue, and we can form a great partnership. I know he has enjoyed bowling with the likes of Morne Morkel and Vernon Philander as well,” said the No. 1 ranked bowler. When the time comes for Johannesburg to be in focus, Rabada says he’ll be ready. “We’ll have a look at the pitch. We’ll have a good training session. We’ve played here (at the Wanderers) lots and we know how the conditions behave,” he said. The 22-year-old is not discounting India despite the series having been decided. He remembers well how close India came to clinching the Wanderers Test back in 2013. “India played really well here the last time they were here and Kohli got a hundred. “Wanderers is a good wicket, it’s normally a moving wicket. There’s always a result. It’s a pitch where if you bat well you can score some runs, and if you bowl well you’ll take wickets. You’re sort of never really ‘in’ on that pitch. Let’s see what is to come. The fast bowlers are excited to bowl,” Rabada said. On A.B. de Villiers and his habit of producing game-changing innings, Rabada said, “AB is a genius at his craft. It’s a fact. He stays in on difficult wickets, but he’s striking at 70 or 80… He makes it look easy. He’s got a real understanding of the game, which a lot of people don’t get that easily.” Dwelling on the pitch for the third Test at the Wanderers, he said, “You’re sort of never really ‘in’ on that pitch. We are excited to bowl at the Wanderers — pace, bounce and swing.” Rabada wants a 3-0 series verdict. “Every game you go into, you want to win. So obviously we want a clean sweep.”]]>