The slots industry has grown to become a major player in the creative world. It employs thousands of people and is now an effective outlet for many digital artists to express themselves in. It is not just artists that are employed by the slots industry, graphic designers and computer programmers, are also important parts of the creative process. Not all pay by mobile casino slot studios are equal, some have become juggernauts in the industry, with huge financial reserves and this allows them to purchase the rights to hit movies and TV shows that come with an existing fan base. NetEnt, Playtech and Microgaming are some of the biggest studios out there, whilst Eyecon is a smaller, more independent label, with fewer slots in production.  Big Time Gaming sits somewhere in the middle of the studio system, because as a slots developer, it is still an up and coming label that has not yet hit the heights of NetEnt and Playtech, yet it is no Eyecon either. All slots developers have had huge hits and Big Time Gaming has had a few recent successes that have got them noticed. It has been a slow process for this Sydney based design house that was launched in 2011. Originally the company wanted to offer high paying games that did not involve punters chasing jackpots, but they have moved with the changing times and tastes of the gambling public.

The team behind Big Time Gaming is a collaboration of people with years of experience in the gaming industry. Therefore, it comes as no surprise that they have invented some interesting slot games. The innovation that has really put them on the map is the invention of Megaways slots. These games have taken the slot rulebook and rewritten it. The new rules include thousands of paylines that are not set and change with each spin. Six reels are very common in Megaways slots and the amount of symbols that land on the reels changes too. During the bonus rounds the full potential of Megaways slots can be experienced as the extra reels can offer over 110,000 ways to win. Multipliers on winning spins are also very common features during bonus rounds and winning sequences on cascading reels are greeted with increasing multipliers.

Other Games By Big Time Gaming

The Big Time Gaming team like their music and have created slot games based on hit singles.  The most successful and well-known slots based on songs are Lil’ Devil and Danger High Voltage. The bonus round free spins in both games involves symbols being chosen at random to act as sticky wilds. The Be My Angel Free Spins in Lil’ Devil have huge potential because sticky wilds can turn two reels completely wild and if this happens they can both reach multipliers of x12.  Danger High Voltage also offers sticky wilds and huge multipliers and both slots showcase the very best that Big Time Gaming has to offer the world of slots. 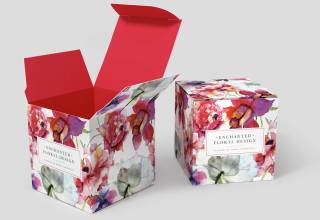 In every product manufacturing business, the thing that differentiates the brands in the box design that … 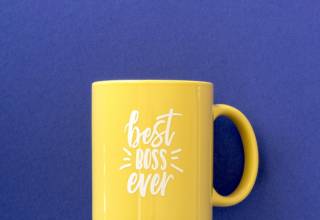 Be it an iced coffee, or a steaming hot flat white, illustrated coffee cups …