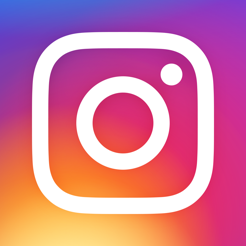 The older generation of Asian Royals may not be social media-savvy, but their young Royals are staging a royal social media comeback. According to royal family CV, Sheikh Mohammed bin Zayed Al Nahyan of UAE and King Hamad bin Isa of Bahrain were the only Asian royals with Twitter followers. Sheikh Mohammed bin Zayed Al Nahyan is one of the most follower royals with 3,200,000 followers, but King Hamad is reported to have only 2,264 followers. The case is, however, different when it comes to the younger members of royal families in Asia since most are more active and have attracted followers from all over the world. Below are some of the Asian royals with a massive number of followers on Instagram. Most are from the Dubai royal family and the Jordan royal family, making them the most followed royal families in Asia.

With a total of 10.3 million followers on Instagram, this member of the Dubai royal family tops the list. The prince is popularly known as Fazza, which means “the one who helps” in Arabic. This crown prince enjoys keeping his followers with pictures of his adventures both in Dubai and other parts of the world. The Instagram page also has content about the other things he likes, including poet and riding horses. Sheikh Hamdan bin Rashid is the fourth son of Sheikh Mohammed bin Rashid Al Maktoum and Sheikha Hind Bint Maktoum bin Juma Al Maktoum, the senior wife of the Sheikh.

Sheikh Mohammed bin Rashid, father to Highness Crown Prince Sheikh Hamdan bin Rashid is the ninth most followed leader in the world on Instagram. This is according to a report carried out by Twiplomacy, which looks at how world leaders use social media to conduct to engage with the public, conduct diplomatic outreach and to disperse information. He has 5.2 million followers on Instagram, where the shares his initiatives for the people of Dubai and his casual family life.

Princess Haya bint Al Hussein is the third name on the list from the Dubai royal family. She is the wife to Sheikh Mohammed bin Rashid and a sister of the king of Jordan, Abdulla bins Hussein. Her account attracted more than 40000 followers two months after launching in 2016, and it is now at 515000 followers. She mostly uses her page to display her humanitarian endeavours as well as nationalistic content.

Sheikh Ahmed bin Mohammed bin Rashid is the younger brother of the ruler of Dubai ruler Sheikh Mohammed bin Rashid Al Maktoum. He has 439,000 followers on Instagram and no Twitter account. His page is mostly about Dubai’s development, family, outdoor adventures and sports as he is a horseman and also the founder of the Al Wasl Sports Club.

Just like his mother, Queen Rania of Jordan, the crown prince has joined the list of the most followed Asian royals on Instagram. He has attracted 2.6 million followers on his Instagram page, where he displays his casual family snaps, military training and academic achievements. He also uses his page to celebrate Jordan’s accomplishments and his princely duties.

Queen Rania holds the fifth position on the list of the most followed leaders in the world. Her Instagram page has 6.1 million followers and the number continues to grow. Queen Rania is the wife of Jordan’s King Abdulla, meaning she is also related to the Dubai royal family since the king’s sister is married by the ruler of Dubai Sheikh Mohammed bin Rashid.

Prince Abdul is one of the young Asian royals living their lives to the fullest and showing it on Instagram. He is the tenth child and the fourth son of Sultan Hassan Bolkiah of Brunei and his former wife, Puan Mariam binti Abdul Aziz. The Crown prince of Johor is both athletic and stylish and has 2.2 million followers on Instagram, which is larger than his country’s population. Most of Abdul’s social media posts are about sports, piloting and his tiger pets.

Princess Sirivannavari has a lot to show on her social media as she is the designer of the Sivivannari label, a supermodel, a scuba diver, a poet and a member of Thailand’s national equestrian team. She was also a professional badminton player and helped her national team win gold at the 2005 Southeast Asian Games in the Philippines. Her main social media platform is that for her label, with 224,000 followers. Princess Sirivannavari is a Fine Arts graduate of Chulalongkorn University — which explains why she has a daring and vivid style and is always on the front row when it comes to fashion events. She is the only daughter of King Vajiralongkorn and has four full siblings.

How to Detail Your Car Before Selling It

Looking for a way to sell your car in Dubai for more? Well, an easy and affordable step yo… 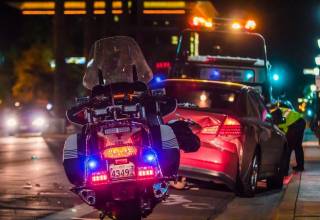 According to a report by an insurance company, about 77% of drivers have been … 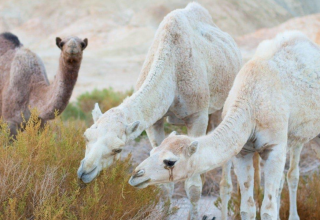