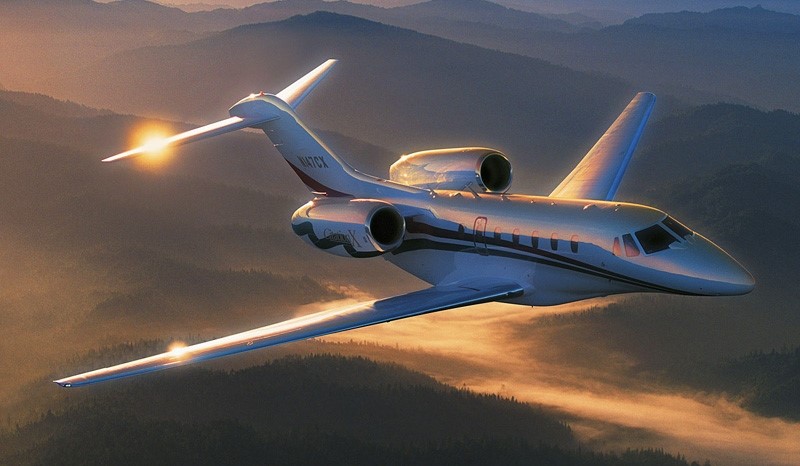 Business travelers are some of the pioneer customers of the air transport industry. For this reason, the first commercial passengers were often businessmen and elites. After 1950, airlines were ready to expand networks throughout the globe in low fares, thanks to the fuel-efficient, long-range jet engines and increased competition. Now, as passenger load grew, airlines were not able to fit the needs of business travelers on the same aircraft operated for general passengers. Consequently, a strong need for a separate business jet production emerged. Business jets were developed to take business people on a journey that comprises multiple stopovers and can return to base as fast as possible. Business category aircraft are designed to carry an ample number of passengers and luggage while ensuring high-speed cruising and less turnaround time on several airports. An eminent business aircraft should be extremely safe, fuel-efficient, able to cruise at higher altitudes, and consume less maintenance cost. For 20 years, MERLIN1 has been in the business of providing business traveling services to corporate passengers and contribute to their efforts by providing a fully customized traveling experience that fits business needs. Here is a list of the most popular aircraft in North America designed specifically for business traveling. The list does not represent rankings, all aircraft models in this list are considered best subjected to passenger’s needs.

Cessna is one of the earliest and most reliable aircraft manufacturing brands in the world. Citation III was the first model of Cessna’s most prosperous 650 series jets. Citation III received FAA type-certification in 1982 and, from 1983 to 2000, a total of 202 aircraft were produced and delivered to customers worldwide.

Citation III offers a wide passenger cabin to accommodate 6 to 9 passengers and a decent amount of headroom to roam safely along the aisle. The aircraft is powered by two Garrett TFE731-3B turbofan engines and can travel up to a range of 2348 miles. Due to its reliability, cost-effectiveness, and ability to land in harsh conditions, the Citation III is one of the most favorite jets among North Americans.

The name Citation comes from an American racehorse who won the American Triple Crown, Citation family of aircraft reveals the legacy of the original high-performance horse. The Citation VI aircraft is a minor upgrade model of Citation III and comes with more fuel efficiency and better avionics resulting in smoother and cost-effective air travel. Citation jets are now available for Austinites and San Antonians. MERLIN1 provides a luxury air traveling experience on our Citation jets topped with related amenities including exquisite meals and drinks.

Citation VII is another model from Cessna’s Model 650 series. This jet is considered as the top of the line model of 650 Series. Citation VII shares airframe with Citation III and Citation VI jets yet is equipped with advanced avionics. Along with improvements in the passenger cabin and aircraft systems, a major upgrade in Citation VII is a set of high-performance Garrett TFE731-4R engines, each engine outputs 550 pounds of more thrust than Citation III and VI.

Crafted by Gulfstream Aerospace Corporation, G650ER is a showstopper of business jets. This luxury and ultra-powerful jet can carry 19 passengers in a world-class relaxed atmosphere accompanying with the homey sleeping choice for ten passengers. The aircraft is pushed by a duo of powerful Rolls-Royce BR725 A1-12 engines, boosting the jet to cruise at an impressive 0.95 Mach, just below the speed of sound. G650ER is an extended-range variant of the standard G650 model, suitable for long-range journeys and accommodating every significant personality and luggage on board. The cabin of Gulfstream G650ER is designed by top-notch designers. The passenger cabin is intended to enhance serenity and safety by using 16 windows reflecting bright natural light, fresh and disinfectant air, airliner standard of cabin pressurization, and handcrafted furniture are signature characteristics of G650ER. Each seat dwelled in front of the window, allowing passengers to enjoy breathtaking views from a bird’s-eye. The passenger cabin is divided into four living areas to work, relax, gossip, and dine. This design makes long journeys a sweet treat for corporate and family travelers.

The upcoming flagship of Gulfstream Aerospace Engineering, the G700 was exposed to the world in October 2019 at NBAA Convention and Exhibition. The Gulfstream is expected to start deliveries of G700 in the next year and everyone from pilots to passengers is excited to get on board and experience the next generation of flight. The G700 is a major upgrade of the previous G650 model, the G700 can fly 7500 nautical miles at a subsonic cruising speed of Mach 0.9 by utilizing thrust from its powerful Rolls-Royce Pearl 700 turbofan engines. Using a wet wing design, the additional fuel wings tanks can accommodate is helpful in long journeys. The fly-by-wire system of G700 in combination with the Honeywell Primus flight deck and enhanced vision system makes aircraft lighter and safer. Carrying approximately 500 pounds more of the load this aircraft can provide 2-3% more fuel efficiency than previously discussed G650ER. Talking about the passenger cabin, it has five divisions of living space instead of four making it the most luxurious in its category.

MERLIN1 fleet is based on safety, comfort, accommodation all at an affordable cost of travel. We invite you to charter a jet from San Antonio or Austin, you will love to fly MERLIN1.

FSBO sellers will try and list their home their selves for a period of time. The majority …