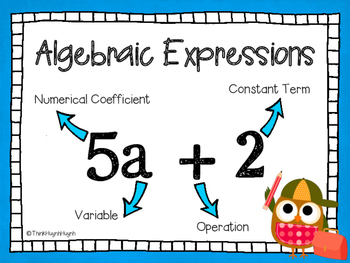 If algebra is a difficult subject for you, then don’t worry—you’re not alone. It is difficult to grasp the abstractions that are involved in solving algebraic equations, and using variables with letters from the alphabet to represent numbers can be a confusing concept to understand. That being said, algebra is not impossible to figure out.

Algebra Homework Help is widely recognized as one of the most difficult subjects among individuals worldwide, and research has shown that one of the most frequently observed difficulties in algebra is the translation between problem situations and mathematical paradigms as well as the expressions, operations, and variables (Jupri et al. 483).

There are a number of meaningful ways that you can reorganize your mind and restructure the way that you perceive algebra so that it is not such an intimidating task for you. Although you are in college, a student’s fundamental understanding of algebra can be informed by their development in the earlier stages of life.

Use a Comparative Approach

The orthodox methods of teaching algebra in the classroom can often leave students with misunderstandings of the subject. There exists, however, an alternative method for understanding how algebraic equations are built from the ground up. A methodology that utilizes a comparative analysis sheds some light on this alternative tactic.

Comparison has been shown to be a promising strategy in cognitive science. Learning algebra by comparing worked-out examples of algebraic problems has been proven to be an effective teaching strategy that is associated with greater procedural student knowledge among those who attempt to learn algebra (Star et al. 41).

These findings indicate that, by comparing already-completed solutions to algebraic problems, students that learn algebra can better familiarize themselves with the skeleton of how an algebraic function occurs and the dynamics that exist on both sides of the equal sign as well as how variables are affected accordingly.

Remember that Algebra Isn’t as Unfamiliar as You Think

Algebra can seem to be an unfamiliar and distinct subject from other forms of mathematics, such as arithmetic. However, a different way to learn algebra is by completely shifting the manner in which you are able to view algebra as a subject.

Research has shown that a teaching approach that emphasizes the structural similarity between arithmetic and algebraic expressions improved learning outcomes for students because of their improved comprehension of symbolic transformations in the context of both algebraic and arithmetic operations as well as their connections (Banerjee and Subramaniam 351).

Further research has indicated that most of the difficulties that students face with comprehending algebra can be traced back to their prior experiences in arithmetic. Emphasizing the ways in which arithmetic and algebraic thinking are intertwined enhanced students’ natural awareness of the generalizations in numerical and non-numerical contexts(Warren et al. 74).

Additionally, research has shown that a student’s understanding of fractions is crucial to their success with algebra, with empirical evidence supporting the notion that greater knowledge of fractions was predictive of improvements in equation-solving andencoding skills when it came to algebraic expressions (Booth et al. 110).

It may seem counterintuitive to learn a different subject in order to improve yourself in another subject, but the research has indicated that a stout and robust foundation in arithmetic and fractions ispredictive of an enhanced ability to understand algebra.

As such, fortifying your fundamental understanding of basic concepts like arithmetic and fractions can bolster your capabilities in comprehending algebra. Algebra and arithmetic are not distinct subjects but are, in fact, interrelated concepts.

Problem-Based Learning Can be the Key

The problem-based learning paradigm begins with a problem to solve, which is posed in such a way that the student must obtain new knowledge before they can solve the problem. It is an instructional strategy based on the concept that learners must construct their own comprehension by relating concrete experience to the existing knowledge(Ajai et al. 132).

In this sense, giving students autonomy and collaborative freedom can produce a different perspective of algebra in lieu of the traditional methods in which a teacher is directly proselytizing the concepts of algebra to a body of students. This method allows the students to explore problem-solving concepts independently.

Algebra might seem foreign and incomprehensible at first glance. However, you already have a head start on comprehending algebra due to your foundation in arithmetic. If you combine a strengthening of your arithmetic foundationwith a problem-based learning approach as well as a comparative approach, algebra will become a cinch for you.

Have you ever wanted to meet the man behind the voice for the famous Lego Company? If Lego…