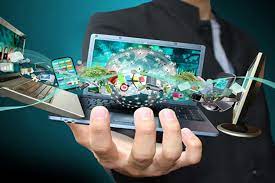 By 2030, road traffic injuries will be the fifth leading cause of death worldwide, reports the Word Health Organization, with driver behavior being responsible for between 80 and 90% of road crashes. One of the most dangerous of all these behaviors is distracted driving – which has dramatically increased owing to cell phone use and higher rates of mobilization across the world. Battling distracted driving has therefore become a major priority for top manufacturers. In March 2021, Volvo announced that it was working on technologies that aimed to reduce some of the major causes of injury and death on the road – including distracted driving.

Any law firm specializing in personal injury and death claims will tell you that distracted driving creates an enormous potential for accidents on the road, taking thousands of lives every year and causing permanent injuries to many more. Volvo’s new safety technology system is centered on a combination of cameras and sensors, which together will be able to detect when a driver is distracted so the car can intervene. This would be the case, for instance, when the driver is intoxicated, or when they are not responding to warnings given by the vehicle. The cameras will be placed in the car and will monitor eye movements; when a driver looks away for an extended period of time or takes his/her hand off the steering wheel, a person from an on-call assistance center will contact them. Drivers engaging in behaviors that indicate they are sleepy, distracted, or driving under the influence of alcohol or substances will receive a warning. If they do not stop, the car will do so for them.

Additional Safety Features To Watch Out For

In addition to technologies centered on distracted driving, top car manufacturers ranging from Mercedes-Benz to Lexus, Audi and Volvo are all working on various active and connected safety systems aimed at reducing accident rates. Some of the most popular include oncoming lane mitigation (which helps cars steer back into their lane if they cross lane markings and are in the way of an oncoming vehicle), run-off road mitigation (which assists with steering in bad weather so your car has a lower risk of road departure), and rear collision warning (which warns the driver when a car is approaching from behind and there is a real risk of collision). Cross traffic alert, meanwhile, warns drivers when they are pulling out of a parking space and there is a car moving behind them at the exact same time.

Distracted driving is one of the most common causes of road accidents. Volvo recently announced the launch of a new safety system which relies on cameras and sensors to stop a driver from steering a vehicle when they are tired, intoxicated, or unable to drive well. This is just one of many new features by this and other marques, which are combining warning systems and autonomous driving features that protect a driver when they are a potential danger to themselves or other drivers on the road.