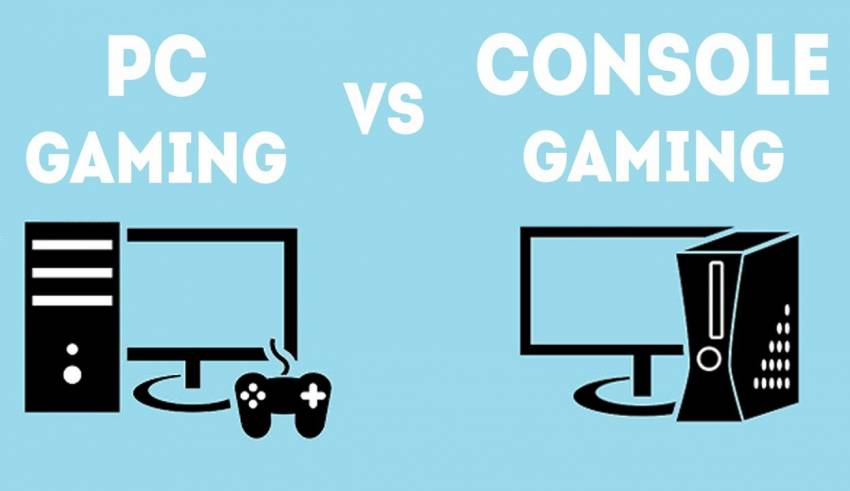 Home game PC Gaming Vs. Console Gaming – Which is best for you?

The age-old argument pitting pc vs console may have become slightly friendlier in recent years, but it has never quite gone away. Both gaming mediums have their pros and cons, their detractors and supporters. Strong arguments can be made for both camps. At the end of the day, it all comes down to your own preferences and needs. So which is best for you; PC or Console? Read on for all the info you’ll need to make that decision.

Starting off with the number one argument most console gamers will throw out when someone tries to convert them to PC gaming, specialised gaming computers are oftentimes considerably more expensive than their console counterparts. For a computer that outperforms a console by the performance you’ll most likely end up paying more than double what you would pay for a brand new console. For a decent PC, you will almost certainly be spending more than £500 and that isn’t factoring in peripherals and accessories.

However, on closer inspection of the price, it could be argued that converting to PC is an extensively better choice economically speaking.

For one, your new PC will be relevant for a much longer period of time than your console. When the next generation of consoles and games are released, your PC can be upgraded while your old console will be left in the dust. Whilst a broken part in a PS4 or Xbox One can often mean a complete replacement is needed, a PC is usually cheaper and easier to repair.

The second factor in pricing to consider is just how cheap games on the PC can be. When factoring in websites like Humble Bundle and the sales frequently found on Steam you can build an impressive library of triple-A games for a fraction of the price you would pay to do the same on the console.

A major downside to consoles, when compared to PC, is the fee companies charge to enable you to play online. These subscriptions aren’t all that cheap and can definitely add up especially when you factor in the full RRP you’ll be paying for your games.

There can’t really be any comparison when it comes to performance. Consoles just can’t really compete in this regard. For some gamers, this won’t matter. If you only play casual, single-player releases infrequently you can do it far cheaper with a PS4 or an Xbox One. However, if you play high demand shooters online like Call of Duty or PUBG then even a mid-range PC will serve you far better.

The upper limits when it comes to smooth gameplay and graphics quality are simply astonishing when it comes to PC gaming if you’re willing to pay. Mid-range PCs are substantially stronger than the current generation of consoles. The next releases from Sony and Microsoft will more than likely close the gap between consoles and midrange but are unlikely to reach the performance levels of high-end gaming PCs.

Another key talking point of the pc vs console which is better debate concerns the games available. This is one of the few concrete benefits that certain consoles have over the PC. Consoles like the Nintendo Switch and the PS4 have a number of hugely popular games that you just can’t get on PC.

If you want to play specific games from companies like Nintendo you will need to buy their console. If, however, you aren’t fussy and simply want a huge library to choose from then the PC is your best choice.

Whether you want to play retro classics or brand new triple-A’s, you can find it all on the PC.

In every category, the PC outperforms consoles. Objectively the PC is superior in terms of versatility, performance, and longevity. That’s not to say that console gaming doesn’t have its benefits or its place in the community. Depending on the type of gamer you are there are always arguments to be made for both camps.

Technologically it’s hard to see consoles catching up to PC. Most who convert to PC gaming from console don’t look back and it’s easy to see why. Both have their benefits, but with the versatility and performance of a PC, it’s difficult to argue against making an investment and converting from the console.