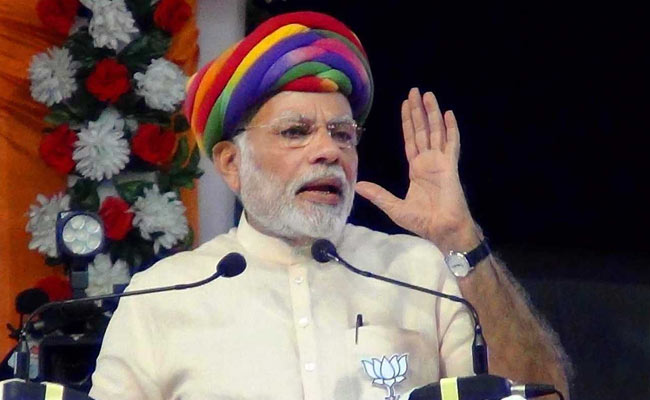 Addressing a election rally in northern part Gujarat, the Prime Minister said that the Congress is “entrapped” in ‘Blue Whale’ challenge and will see the final episode on December 18 after the Gujarat election result. in his rally He rejected allegations levelled by Rahul Gandhi that he works only for a few big industrialists like adani and ambani Rahul Gandhi many time said in his rally that Modi government is for few of industrialist Modi in his rally, and accused him of spreading “baseless and half-truths” about Gujarat and trying to “fool people of Gujarat and insult” the intelligence of the people of the state. “When there are indications that the BJP has emerged victorious in the first round (of voting held on December 9), every Congressmen are busy trying to find ways to defend Rahul Gandhi. One hour after the start of voting in Gujarat, many senior leaders started shouting EVM… EVM…EVM..EVM,” hacking he said in his rally. One of the Congress senior leaders, he said, even claimed that an EVM was hacked by connecting it to Bluetooth. “They even do not understand that the EVM is a standalone machine, it has no Internet, it cannot get connected to blue tooth. Can you connect your pen to a Bluetooth?” Modi asked the crowd present in his rally. “They are shouting Bluetooth, Bluetooth (a low-power wireless connectivity technology), but actually they are entrapped in Blue Whale game and the final episode of the game will be played on December 18,” Modi said. Blue Whale is a online game in which participants had to play game are instructed to complete 50 task – the final of which is committing suicide. According to many media reports, a large number of young people who played the game have ended their lives. Narendra Modi alleged Rahul has been levelling false allegations against him. ” he also jibe Rahul Gandhi in his rally without taking the name he said in his rally Congress leader, on whose shoulders the entire responsibility of the party has come, has been alleging day and night that Modi works for five top industrialists of the country. You had seen me working here as chief minister for 13-14 years, I have grown in front of your eyes. Have I ever worked for a few industrialists?” Modi asked the crowd which responded with an emphatic “no”. The Prime Minister asked his audience to exact “revenge” from those levelling such “baseless” allegations, and went on the list development works done by him for the poor of the country. He said as the Gujarat chief minister I used to conduct ‘shala praveshoutsav’ (school enrolment drive) as part of which he would to go to villages every year to ensure 100 per cent enrolment. “Was this work for corporates like Ambani and Ambani or for the poor children of the Gujarat state? as Gujarat chief minister I used to conduct ‘krushi mahotsav’ every year in which the entire government machinery, including the chief minister, used to go to every villages to guide every farmer on the latest technology. Was this for Ambani-Adani, Tata-Birla or for the poor farmers of the country?” ask the crowd present in the rally “We have problem with this baseless lie that has been spread by the Congress. You have not seen so you do know anything that is poverty. You do not know the pain one feels when you are walking barefoot and stone pierces your feet. You were born with a golden spoon,” he said . Rahul Gandhi continuously in every rally has been alleging that Modi works just for 5-10 top corporate of the country.]]>