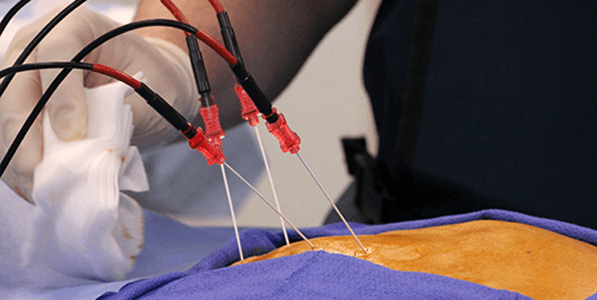 Radiofrequency Ablation – Types, Procedure, Treatment and Recovery Radiofrequency ablation [RFA] is the procedure for relieving a patient from chronic pain. It is a minimally invasive treatment to get rid of the pain and even cancerous tumors. Radiofrequency Ablation Therapy for Varicose Veins is very useful in treating the patients without surgery. A thin needle is inserted underneath the skin around the area where the patient is feeling pain. Then, the probe or the needle is charged with an alternating electrical current which results in radiofrequency energy and destroys the nerve cells that send a pain signal to the brain. The tumor is also destroyed by the heat generated by the electrical current. [caption id="attachment_3866" align="alignnone" width="300"]

Radiofrequency Ablation – Types, Procedure, Treatment and Recovery[/caption]   Types Radiofrequency Ablation  Media Branch Neurotomy Media branch neurotomy involves the medial branch nerves that control small muscles in the middle and lower part of our back and neck. This is the place where pain often starts from. The RF ablation procedure finishes nerves of these areas so that there is a loss of movement and sensation. Lateral Branch Neurotomy In lateral branch neurotomy, the procedure is performed on the sacroiliac joints. The nerves carrying pain from the joints are located at the bottom of the spine in the pelvis. But these nerves have no control over our arms and legs movements. So, when the nerves of this area are numbed using the RF current, there is no threat to the muscle contractions and movement. Thermal or Conventional Thermal or conventional RF ablation aims at bringing more energy to the nearby cells when RF current is sent. This energy then becomes a heat source that destroys the nerve which becomes incapable of sending any pain signal to the brain. Pulsed Similar to thermal ablation, pulse ablation uses a higher voltage current to create RF energy of less heat. So, the nerve is not damaged but shock waves are sent to the C-fiber pain conductors and A-delta. Water-Cooled Water-cooled is also known as cooled RF. This procedure uses a multi-channel electrode to cool a flow of water and it prevents the RF current and it helps reach temperatures to thermal level. This results in the nerve becoming incapable of sending the pain signals. Radiofrequency Ablation  Procedure and treatment Radiofrequency ablation is all about burning a nerve so that it does not send a pain signal to the brain. A technology known as Cooled Radiofrequency Treatment uses devices such as Coolief. This device generates radio waves to burn the nerves that are responsible for sending pain signal from the affected part of the body to the brain. The patient gets relief from pain immediately. The best cosmetic surgeons may choose to give you a local anesthesia or mild sedation. You will be sitting or lying as per your source of pain. The doctor guides a needle into the area of pain using fluoroscopy for the RF ablation procedure. Then, the doctor moves a small microelectrode though the needle. The next step is to send a mild current through the microelectrode so that it is properly placed. Then, a numbing agent is applied to the area. After that, the targeted nerves are given the heat-generating electrical current to destroy the nerves. This whole procedure takes 30 to 90 minutes to complete. During the procedure, the patient does not feel any pain but if some pain is felt, the patient should instantly inform the doctor who will inject some more numbing agent to the targeted area. Recovery  The patient recovers from the back pain or pain in any other area of the body immediately. This is because the nerves carrying the pain signals have been burned during the RF ablation procedure. However, in most cases, the treatment is not permanent. This is due to the fact that the burned nerves start healing in a few months. Once the nerves are naturally healed from the scars due to the RF ablation procedure, the nerves again send the pain signal to the brain and the patient feels the pain. Generally, the nerves heal in 3-6 months and surely in a year. So, the patient may come to the doctor for starting the procedure once again. The success rate of radiofrequency ablation depends on the patient’s condition. But generally, the success rate is 30% to 50% for low back pain. Many patients do not need another treatment even for two years. Half of the patients get the relief for a shorter period.   There are generally no complications involved in the procedure of radiofrequency ablation. It is surely an effective solution to treat lower back pain and other forms of pain. But there may be some risk of the patient experiencing bleeding and infection at the site of needle insertion. But that can also be treated successfully by the doctors. Overall, radiofrequency ablation procedure is an effective treatment to relieve the patients form lower back pain and many other forms of pain without many complications]]>

Office Party Games to Keep Your Employees Stick Around

However, it is true that offices are meant for working, but there are various moments when… 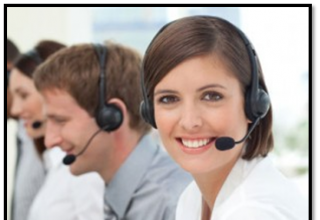 However, it is true that offices are meant for working, but there are various … 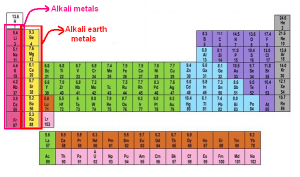 Physical chemistry is the sub-branch of the chemistry. Chemical kinetics is a vital topic … 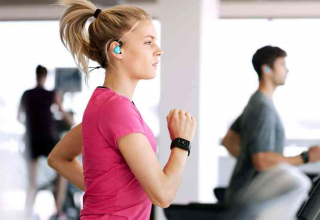