There are many people across the world who refer to themselves as ‘preppers’ these men and women dedicate a great deal of their lives and their income to preparing for a cataclysmic event. This could be anything from an alien invasion, a nuclear holocaust or, a global pandemic. For many years these people have been the butt of jokes but it is fair to say that given what has happened in 2020, they are the ones who are laughing last.

Because of what has happened with the Covid-19 pandemic, more and more people are looking to get involved and become preppers. Rising S is a company which provides shelters for such events, and if you look at the Rising S company reviews, you’ll see just how many people there are who have converted to become a prepper, and here is how it has happened.

Humankind really was nowhere to be found when the details of this pandemic first started to emerge, and the grocery store was the perfect example of that. Stores faced swathes of people who were panic buying without any care or consideration for anyone else. This was the first sign which showed many just what the world is like in times of crisis, and that is extremely selfish indeed. Preppers understand that this could happen and they have food sources and sustainable plans to avoid the panic buying crowds and to look after themselves.

What happened in the US in terms of the rioting we saw goes extremely deep in terms of the source, but there is no doubt that it blew up bigger because of the fact that everyone had been on lockdown for such a long time. This is something which preppers expect to happen, that we will eventually turn on each other in order to protect ourselves. Many preppers will share videos of their military style training tactics and get mocked for them, it would appear however that more of us should be looking to get prepared just like they do, because it doesn’t take long for the world to become a nasty place.

There are some countries around the world who have had governments that have handled this crisis perfectly, but many others have all but lost power in terms of dictating what will happen. Again, preppers don’t need anyone or anything for when things turn south. These guys are prepared to hunker down for as long as it takes, or escape to the woods with a plan, ensuring that they don’t have to rely on the police or the government to look after them.

Those who made jokes about the preppers are no longer laughing, and many of them have actually decided that they were right all along, and have joined them. The events of 2020 have been the key to influencing these people to be much more prepared than they have been previously. 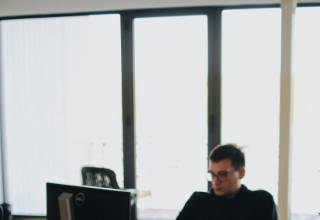