Famous Actor Karan Singh Oberoi was recently been granted bail on one of the sexual harassment charges put on him by a fellow women. The bail was granted by high court and after a series of investigations, the police have found that the case was wrongly put with no evidence in the same regards. Eventually, the woman was been arrested and taken on remand for defaming the image of the actor on fabricated grounds.

Well this wasn’t the first time when a false allegation of sexual harassment has been put on men by the fellow women. Quite recently, one of the senior management executive from a top company in India committed suicide after been wrongly alleged for sexual harassment case by a fellow female employee. He was initially been suspended for his services by the management without any ground proof and committed suicide at his place. He wrote a letter to his wife where he quoted himself as innocent and this was something which sparked off a big controversy all around. 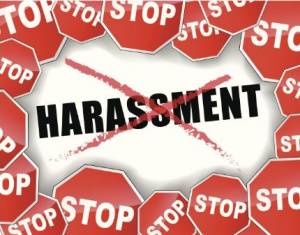 There were numerous investigations which were put in place by the government and the legal authorities and it was been found out that the allegations were been put on fake grounds. The management was summoned for the same and further charges and penalties were imposed on the whole firm. Still it was the matter of a lost life and nothing could’ve been done about it. There have been hundred of such instances in the world around in the past few months and the men have been a subject of victim most of times. Few months back a French expat was been imprisoned for allegedly sexually harassing one of his colleagues in the office. The case went on to run for many months until it was been found as fake and fabricated. The guy got acquitted from the case and started a new movement named #MenToo which grabbed all the eyeballs. This turned into a revolution and hundreds of men and women came down to streets in order to support the cause.

Some of the big named form the social and political world also expressed their grief and anger in the same context. Shirish kunder, famous bollywood director , stated ,” It’s absolutely fine to respect women and give them the place they deserve in this society but that shouldn’t be done at the cost of disrespect to the men. Whatever happened to that guy was simply unacceptable and it could be either if us in the coming times.” Avinash Pandey, CEO of ABP News Network India, also put through his disappointment in the same regards. He said, “Any complaint to the ICC (Internal Complaints Committee) if upheld, the organization should deal with the concerned offender very strictly and make an example out of him and simultaneously protect the dignity and the job prospect of the aggrieved female / male employee”.